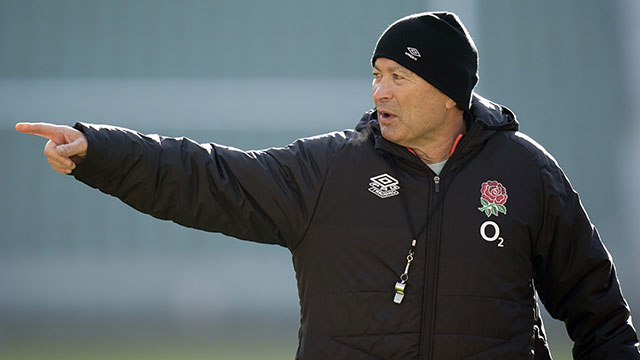 Eddie Jones is excited about the Six Nations tournament (PA)

Eddie Jones insists England’s dismal 2021 Six Nations has been consigned to history as he looks to continue the revival evident last autumn.

Tonga, Australia and South Africa were swept aside on successive weekends in November to give England renewed optimism building towards the World Cup in two years’ time.

The campaign was a much-needed statement of intent seven months after a fifth-place finish in the Championship registered the team’s worst Six Nations performance.

It left Jones fighting for his Twickenham future and ultimately ushered in major changes in his coaching set-up and playing team.

“That Six Nations has finished – this is a new England side. I am excited about this tournament,” the Australian head coach said.

“We’ve moved on that from Six Nations. We will be well prepared, we will play with good spirit and good tactical appreciation.”

Jones conducted a genuine overhaul of his team for the autumn, jettisoning stalwarts of his era such as the Vunipola brothers, Jamie George and George Ford.

Injury has since forced a recall of George and Ford, but Jones is determined to press ahead with putting together a side capable of challenging for South Africa’s global crown.

“A number of the senior players we felt were starting to tail off a little bit. We needed some more energy, some more drive,” he said.

“I feel like we are in a really good position to use the next two years to establish a team that can challenge and win the World Cup in 2023.

“To me, it’s always about looking after now, but you’ve always got to have an eye to the future.

“And it’s a judgement call, there’s no science to tell you this is right, this is wrong. But we feel like we’re in a good position.

“We’ve got four campaigns until the World Cup. Every campaign is important. Every campaign, we want to make sure we are moving in the right direction.

“We use each campaign to keep improving and keep building the cohesion and adaptability of the team.

“Especially in this era where, overnight, you could lose four or five players (to Covid). We need to have a team that is adaptable, can play in multiple positions and cope with the circumstances.”

England open their Six Nations against Scotland at Murrayfield on February 5 in a match that is genuine banana skin.

“Scotland had a pretty good autumn. They would have been happy to beat Australia, had a good win against Tonga and finished off with a redemption game against Japan. But they were probably disappointed with their effort against South Africa,” Jones said.

“They’ve got a number of good players in their team who are operating close to their best in Finn Russell and particularly Stuart Hogg, but also Hamish Watson and Jamie Ritchie in the back row.

“They have a competitive scrum and we know it will be a very, very tough game but we’re looking forward to taking it to them.”