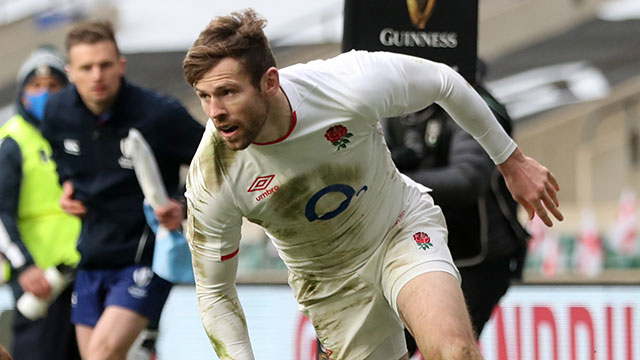 Elliot Daly will make his first England start at outside centre for almost five years after Henry Slade was ruled out of Saturday’s Six Nations clash with Ireland due to a calf injury.

Daly last appeared in the 13 jersey against South Africa in 2015 and one round after being ousted at full-back by Max Malins, the versatile Lions back is restored to the starting XV.

Arriving as a second-half replacement in the 23-20 victory over France, Daly made an impact with two eye-catching runs to rebuild confidence after a drop in form.

Slade was injured in training on Monday and despite England’s optimism that he would be fit for the climax to the Six Nations, he has failed to recover in time.

Daly’s return is the only change to the team that ended France’s Grand Slam march at Twickenham last Saturday.

The vacancy created on the bench by Daly’s promotion is filled by Joe Marchant, who was called into the squad as cover for Slade.

Daly has been preferred at outside centre to Ollie Lawrence, who is also included among the replacements, and Paolo Odogwu, who will not have played a minute of the tournament.

England conceded the title with their round three defeat by Wales in Cardiff and having topped favourites France they are looking to continue rebuilding by prevailing at the Aviva Stadium.

“This is our most important game of the tournament and we want to finish well,” head coach Eddie Jones said.

“We’re anticipating a hard, tough game against Ireland and we’ve picked this team to cope with that.

“We want to take it to Ireland physically and play the rugby we want to play.”