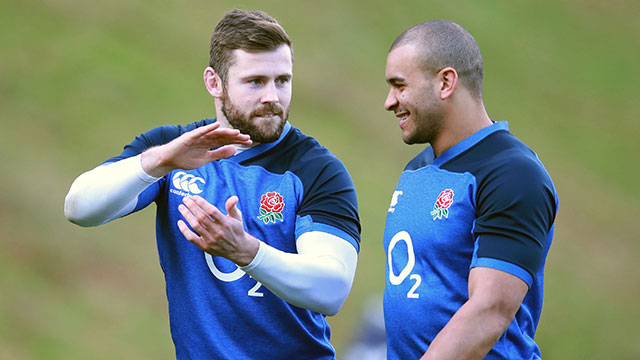 England have reshuffled their back three for Sunday's clash with Ireland at Twickenham by naming Jonathan Joseph on the left wing and Elliot Daly at full-back.

Eddie Jones has been forced into the changes because of an unspecified injury sustained by George Furbank, who started the first two rounds of the Six Nations in the number 15 jersey.

There are four changes in personnel and two positional switches to the side that defeated Scotland 13-6 in the Calcutta Cup a fortnight earlier.

Manu Tuilagi returns at outside centre after winning his battle with a minor groin strain that forced him to miss the trip to Murrayfield.

Henry Slade is also present after two months out with an ankle injury but the Exeter Chiefs playmaker must settle for a place on the bench, which once again sees a six-two split between forwards and backs.

The two-way duel for scrum-half duties has been won by Ben Youngs, who ousts Willi Heinz.

Courtney Lawes displaces Lewis Ludlam at blindside flanker with the young Northampton Saint missing out on the 23 altogether, while Joe Marler comes in for Mako Vunipola at loosehead prop.

Vunipola has returned home to Tonga for family reasons, creating a vacancy in the front row, but Tuilagi's comeback compensates for the loss of his gainline-busting power.

England must defeat Ireland to remain in Six Nations title contention, while Andy Farrell's men are chasing the Grand Slam.

"Ireland are a very good team, extremely well-coached. They are a team we respect a lot," Jones said.

"They will bring their usual physicality and under Andy Farrell they've opened up their game a little bit.

"They are a tactically smart team. Conor Murray and Johnny Sexton, who have played 170 Tests between them, will manage the game well at nine and 10.

"We've got to make sure we match their physicality and their emotion on the weekend."