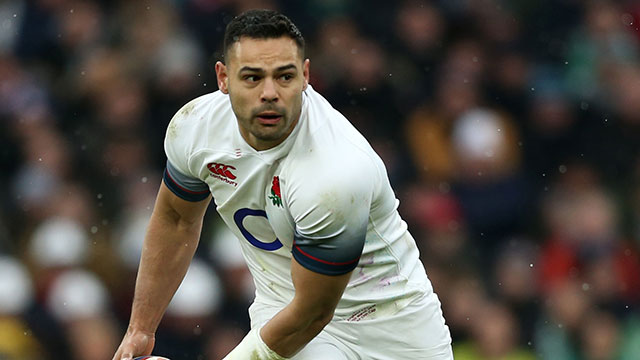 England have selected a centre partnership of Ben Te'o (pictured) and Manu Tuilagi for Saturday's Six Nations match against Italy at Twickenham.

It is the first time the powerful carriers of Pacific Islands heritage have started together, with Henry Slade dropping to the bench to accommodate Tuilagi's switch to 13 and Te'o's inclusion at inside centre.

Joe Cokanasiga's presence on the right wing after Jack Nowell failed to recover from a shoulder injury continues the theme of a destructive backline, the biggest of the Eddie Jones era.

Cokanasiga will win his fourth cap after making his Six Nations debut against Wales in Cardiff, deploying his 6ft 4in, 18-stone frame outside a midfield duo that weigh in at a combined 34 stones.

The backline otherwise remains unchanged with Ben Youngs and Owen Farrell continuing at half-back in a selection that sees Dan Robson and George Ford overlooked once again.

In total there are five changes in personnel to the side dispatched 21-13 at the Principality Stadium on February 23, including Joe Launchbury's elevation to the starting XV after Maro Itoje lost his battle with a knee injury.

It was hoped Itoje would recover from his medial ligament damage to fill the void created by Courtney Lawes' calf strain, but a setback in training means Launchbury will pack down together for only the second time.

"Italy are a bit of an unknown quantity but when Conor allows them to play rugby they play well. They have played terrific games in the Six Nations," Jones said.

"They are fitter, physically stay in the contest a lot longer and they are quite unpredictable in the way they attack."

"We expect Italy to throw the ball around a bit so we are going to have to defend very well against their unpredictability and when we have got the ball, we have to use it wisely."