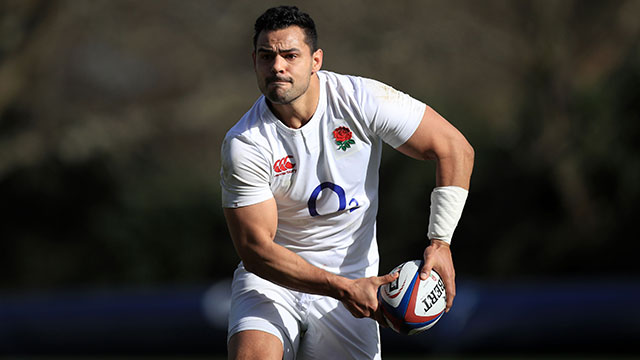 Ben Te'o will make his first England appearance in almost a year after being picked at outside centre for the Six Nations clash with Italy in Rome.

Te'o has ousted Jonathan Joseph from the number 13 jersey after completing his recovery from the high ankle sprain which ruled him out for three months, a spell which encompassed the autumn series.

The Stadio Olimpico showdown on Sunday will be the first time the rugby league convert, who won two caps for the British and Irish Lions last summer, has played since October.

Te'o's only previous start for England was also against Italy 12 months ago when he crossed for a late try in a match dubbed 'ruckgate' because of the tactics employed by Conor O'Shea's Azzurri.

Eddie Jones has opted for Te'o's powerful ball-carrying and smart running lines over the slick footwork of Joseph, who is included on the bench.

Ben Youngs has held off the challenge of Danny Care at scrum-half and will link up with George Ford at half-back, with Owen Farrell Te'o's midfield partner.

"I have selected the strongest available side to play Italy this weekend and the players are excited to play in Rome," Jones said.

"Our preparation over the last two weeks has been excellent and the players feel refreshed. We want to start the tournament well and are ready to go hunting against Italy.

"We know we need to get our set-piece right, be defensively strong and play with aggression and plenty of energy."

The void at number eight created by injuries to Billy Vunipola and Nathan Hughes is filled by Sam Simmonds, the in-form Exeter back who serves as an effective ball-carrier despite his lack of size.

Courtney Lawes slots in at blindside flanker and Chris Robshaw at openside with Maro Itoje present at lock, where he partners Joe Launchbury.

Dylan Hartley leads a starting XV containing 689 caps in what will be his 90th appearance.

England are seeking to become the first team to win three successive outright Championship titles and enter the tournament as favourites.