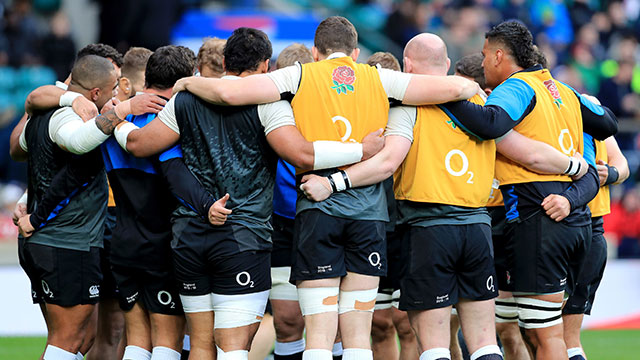 Cokanasiga was named man of the match after Italy were swept aside in the penultimate round of the championship and was compared to Jonah Lomu by Sir Clive Woodward, but the Fijian-born wing cannot even win a place on the bench for the Calcutta Cup showdown.

Taking his place in the number 14 jersey is Jack Nowell, who has recovered from a shoulder stinger injury, with Ben Te'o picked as replacement three-quarter cover.

Eddie Jones has reverted to his first choice midfield with Manu Tuilagi and Henry Slade paired in the centres outside Owen Farrell.

In total, there are four changes in personnel to the XV that battered Italy 57-14 at Twickenham with Ben Moon restored at loosehead prop and Mark Wilson displacing Brad Shields at blindside flanker.

Ben Youngs will be making his 85th England appearance to surpass the national record for a scrum-half held by Danny Care.

"It is a fantastic achievement for Ben, it takes a lot of dedication and hard work and something he and his family will be really proud of," Jones said.

England will win the Six Nations title if they regain the Calcutta Cup and Wales fail in their Grand Slam bid against Ireland in Cardiff.

"It's the last week of the tournament so it's exciting. It will be a fascinating finish too, with the three teams that can win it and we are playing against one of our most traditional foes in Scotland," Jones said.

"Scotland are a difficult side - they are always at you, they play with a lot of enthusiasm and effort and have got a lot of attacking strings to their bow."

"Finn Russell is an exceptional player at 10 and they have got some pace on the outside so we are going to have to defend really well against them."