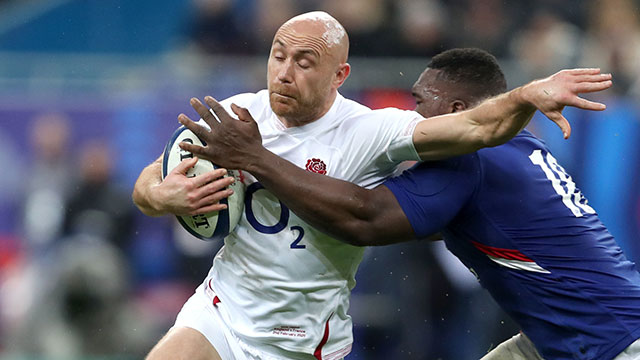 England have performed major surgery to the team defeated by France by making five changes for Saturday's Calcutta Cup clash with Scotland.

Ben Youngs is the biggest-name casualty after the veteran Leicester scrum-half was demoted to the bench for the Six Nations second-round fixture, making way for Willi Heinz.

Also gone is loosehead prop Joe Marler, who is jettisoned from the 23 completely and loses his place in the starting XV to Mako Vunipola, with Ellis Genge deputising among the replacements.

Courtney Lawes has been relieved of his blindside flanker duties in a move that elevates Lewis Ludlam into the back row, but Tom Curry is retained at number eight for a second match.

The second row sees George Kruis come in for Charlie Ewels, the Bath lock who has also paid the price for a below-par opening to the Championship in Paris.

Jonathan Joseph's selection at outside centre is an enforced change after Manu Tuilagi was ruled out of the trip to Edinburgh by a groin strain that should see him return against Ireland two weeks later.

George Furbank endured an error-strewn Test debut at the Stade de France but he survives at full-back and is present as part of an unchanged back three.

There is no Luke Cowan-Dickie on the bench due to his wife going into labour, so Tom Dunn could make his debut as a replacement, as could uncapped Saracens flanker Ben Earl.

Eddie Jones has opted for a six-two split of forwards and backs on the bench, pointing to a game plan of overpowering Scotland up front.

"Preparation this week has been great. We have sought to address the issues from the France game and have had a really good and sharp preparation for Scotland," Jones said

"Scotland are a dangerous side. They like to play with a lot of width and with a lot of flow and tempo in their game. We want to make sure we dominate the gain line.