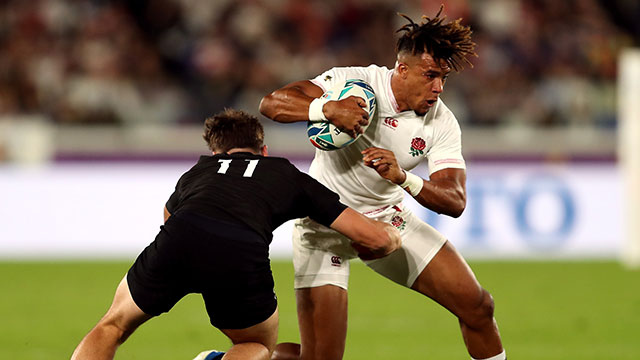 Anthony Watson and Mark Wilson will make their first England appearances since the World Cup final in Saturday's Six Nations clash with Wales at Twickenham.

Watson has completed his recovery from a calf problem to start on the right wing where he replaces Jonathan Joseph, who drops out of the 23 altogether a fortnight after winning his 50th cap against Ireland.

An unspecified injury to Sam Underhill sees Wilson picked at openside flanker despite having made only one start for Sale this season due to a knee issue.

The return of Watson and Wilson are the only two changes to the side that thumped Ireland 24-12 at Twickenham.

Watson was scheduled to start the Six Nations opener against France but suffered a setback in his recovery from the injury incurred on Bath duty earlier in the month.

Wilson came into the England camp for the first time last week after proving his fitness for Sale and is preferred ahead of Lewis Ludlam, who missed out on a bench spot as Eddie Jones once again opted for a six-two split between forwards and backs.

It will be England's first game against Wales since Wayne Pivac succeeded Warren Gatland as head coach.

"Wales are a very tough, well-coached side and they've been building on their attack since Wayne Pivac has taken over," Jones said.

"It's always a tough game against Wales and we know they will bring that toughness to all the contest areas.

"We're looking forward to playing at home again and getting back out in front of our fantastic fans."