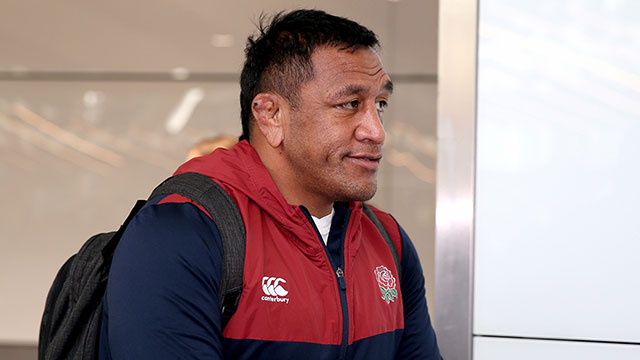 England prop Mako Vunipola is in self-isolation as a precaution due to coronavirus fears after flying back from Tonga via Hong Kong, the PA news agency understands.

He was set to link up with Eddie Jones' squad on Monday for a training camp, with a view to featuring in Saturday's Six Nations match against Wales.

But the 29-year-old did not join the rest of the group and will miss the fixture after being advised to self-isolate under current NHS guidelines.

"Mako is not in camp on medical grounds. He is not sick, but it is a precaution," a Rugby Football Union spokesperson said.

Vunipola is not expected to play again in the tournament and had originally been expected to miss the clash with the Grand Slam champions after travelling to Tonga recently for unspecified personal reasons.

There have been 51 coronavirus cases in the UK, while the first confirmed case of the virus in Hong Kong occurred on January 23.

It has since risen to 100 cases in the Chinese city, and Vunipola is now expected to spend the next 14 days in self-isolation despite showing no symptoms.

As a result, he is not set to be involved in England's final Six Nations game with Italy in Rome on March 14.

Before that fixture is this weekend's visit of Wales to Twickenham, where Joe Marler and Ellis Genge will be Jones' loosehead options.

"We were excited to have him back," forwards coach Matt Proudfoot said of Vunipola.

"He is a great presence and a very experienced player, but we have great depth in our looseheads and they have been playing well.

"We will give the guys a go who were there. Mako is a world-class player, but the guys have been doing a great job."

Proudfoot was assistant coach for South Africa at the 2019 World Cup and helped break Welsh hearts with a 19-16 semi-final win in Japan.

Wayne Pivac's side head to Twickenham having suffered back-to-back Six Nations defeats but that will not affect the thinking of Proudfoot, who knows what will be in store for England on Saturday.

He added: "I think their style is a little bit different, but their DNA is very much the same (under Pivac compared to previous coach Warren Gatland).

"They are a team that dominates the gainline. Having experienced that semi-final and how attritional it was, we are expecting the same thing.

"The way they play hasn't changed - they are a very tough and emotional side that stays in the fight.