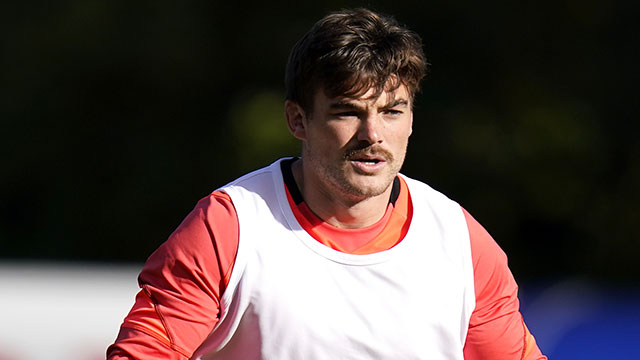 England have sprung a surprise in their bid to deny France the Grand Slam by naming Freddie Steward on the wing and George Furbank at full-back for the climax to the tournament.

Steward fills the vacancy in the number 14 jersey created by Max Malins being dropped while Furbank will patrol the backfield at the Stade de France on Saturday in his first appearance of the Championship.

The final change to the backline sees Ben Youngs, England’s most capped player, come in for Harry Randall at scrum-half where he will partner Marcus Smith.

There are three new faces in the pack with Kyle Sinckler recovering from the concussion sustained against Ireland yet being limited to a bench role as support for the starting Will Stuart.

Charlie Ewels’ red card in the 32-15 defeat in round four means Nick Isiekwe makes his third start of the Six Nations in the second row while Sam Underhill replaces hamstring-injury victim Tom Curry at openside.

Joe Launchbury has failed to secure a spot among the replacements despite making his comeback from knee surgery against Ireland, instead Eddie Jones has opted for Ollie Chessum as lock cover.

England are playing for third place only after falling to Scotland and Andy Farrell’s men, but could finish as low as fifth if France prevail and other results go against them.

“This is our strongest 23 for the game against France. We are disappointed not to be in contention for the trophy but last week’s effort against Ireland was full of pride, energy and tactical discipline,” Jones said.

“We have focused on refreshing the team this week and we are ready to empty the tank on Saturday.”