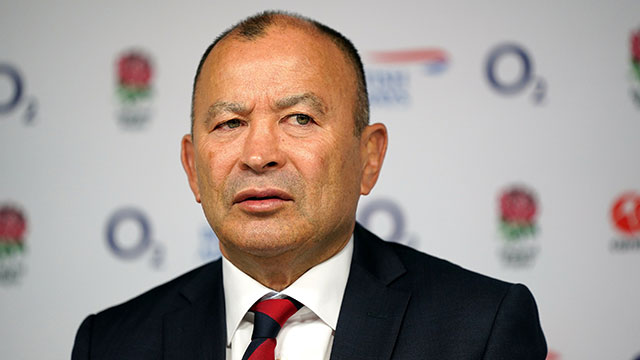 Eddie Jones has warned France their youth policy could backfire in Paris on Sunday when England plan to launch their Six Nations with a display of "brutal physicality".

New Les Bleus coach Fabien Galthie named 19 uncapped players in an initial 42-man squad which has an average age of 24. Matthieu Jalibert is the eldest of the three fly-halves at only 21.

The 2023 World Cup on French soil has shaped Galthie's selection and Jones has promised a ferocious Six Nations baptism awaits whatever side is picked.

"It's a young French team that's won the Under-20s and is building towards the World Cup in 2023. There are a couple of ways you can go in that regard," Jones said.

"When I took over England in 2016 I kept experienced players and brought young players in.

"We don't know but it's going to test those young players because they will have never have played against a brutal physicality and intensity that we are going to play with on Sunday."

England's preparations for the Stade de France showdown are fully underway at their Portugal training base with Jones scheduled to name his team in Paris on Friday.

The camp began with two pressing tasks - addressing the Saracens salary cap scandal that has the potential to cause rifts in the squad and debriefing an outstanding World Cup that ended in a deflating 32-12 defeat in the final.

Saracens supply seven players to England's squad but they have been reassured there is no ill-will felt towards them.

"I was really impressed by the generosity and warmth in the team in covering the Saracens issue," Jones said.

"I was in and out of the meeting. It was dealt with in a warm and professional way. It went well and we're ready to go. We're ready to take on France.

"On the World Cup, there was good honesty. Good recognition of what we did well. Accurate and honest feedback about where we can improve.

"There are a couple of things to learn from it which we'll take on board. We've dealt with the issues, we're moving on. We're excited about the possibility of what's ahead of us."