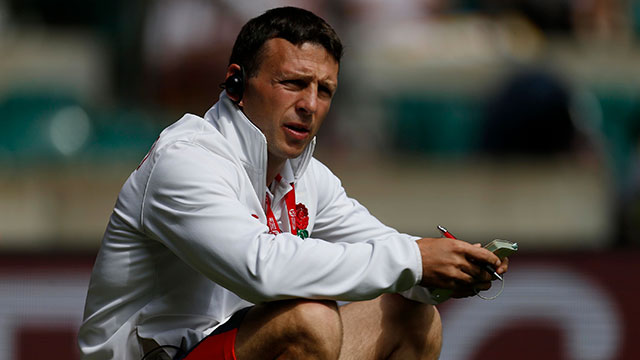 Simon Amor is on the England coaching staff (Paul Harding/PA)

England have finalised their coaching team for the 2020 Six Nations by appointing Matt Proudfoot and Simon Amor as assistants to Eddie Jones.

Proudfoot takes charge of the forwards following his involvement in South Africa's World Cup triumph having performed the same role under Rassie Erasmus.

The 47-year-old, a former Scotland prop, will also have the responsibility for the scrum with England dispensing with a specialist for the set-piece in the wake of Neal Hatley's departure to Bath.

Amor, currently head of sevens at Twickenham, will oversee the attack as successor to Scott Wisemantel, who stepped down after the World Cup.

Completing the overhaul is Steve Borthwick's shift to skills coach having taken charge of the pack for the duration of the Jones regime.

"The Six Nations is a fresh start for the team so that is how we have approached our coaching staff," Jones said.

"Matt Proudfoot has had an outstanding coaching career to date culminating in being a World Cup-winning coach with South Africa.

"He brings great technical expertise and knowledge having coached in South Africa and Japan and having played in Scotland and South Africa. We feel he can take the forwards to another level.

"We have had our eyes on Simon for a while. We used him in the run up to the World Cup in some of our training camps.

"I have been very impressed with his dynamism and rugby intellect and he will bring a fresh view on how we build our attack."

Amor, head coach of Great Britain Sevens at the last Olympics, leaves his position as head of the England Sevens men's and women's programme to join the senior team coaching staff.

The 40-year-old will return to his sevens duties for this summer's Games in Japan before joining Jones' backroom staff full-time upon completion of Tokyo 2020.