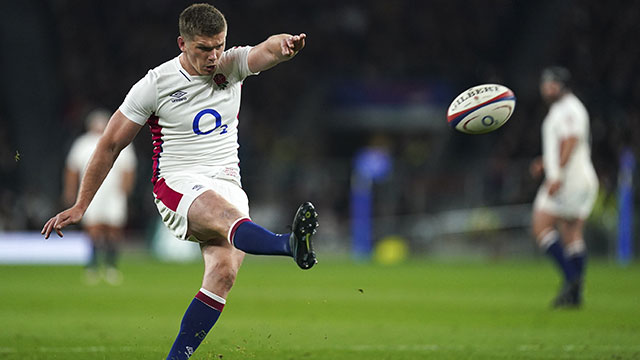 Owen Farrell has been retained as England captain for the Six Nations but there are several big-name casualties in the training squad named for the opener against Scotland on February 5.

George Ford continues to miss out despite his outstanding form at the heart of Leicester’s revival with Farrell, Marcus Smith and uncapped Bath prospect Orlando Bailey included as fly-halves.

There is no place for versatile back Elliot Daly despite his recovery from the stress fracture that forced him to sit out a successful autumn, and his Saracens colleagues Mako and Billy Vunipola also remain in international exile.

A fifth ever-present from the 2019 World Cup squad, and up until now a key member of Eddie Jones’ back row, has been frozen out in flanker Sam Underhill.

Despite the rebuilding process that began an autumn that produced victories over Tonga, Australia and South Africa, Farrell has seen off stiff competition from Ford to continue as an option at fly-half and inside centre.

And his inclusion comes despite his last outing coming against the Wallabies in November when he sustained an ankle injury that required surgery. He is due to make his comeback against London Irish on Sunday.

Smith is favourite to retain the number 10 jersey, leaving 12 as Farrell’s likely slot in the back line.

Exeter wing Jack Nowell makes his first appearance in an England squad since the World Cup, having recovered from a succession of injuries.

Of the newcomers, Barbeary is the most likely to be involved in the Six Nations as the 21-year-old back row, who can also play hooker, continues to impress for Wasps.

Head coach Jones said: “Selecting this squad has been a difficult task, we’ve got plenty of good young players coming through and some of our more experienced are rediscovering their best form.

“We think this 36 for the first training week reflects a good balance of that experience and up-and-coming talent.

“The Six Nations is going to be the most competitive we’ve ever seen. All the countries performed well in the autumn, so we need to be at our best and improve with every game.”