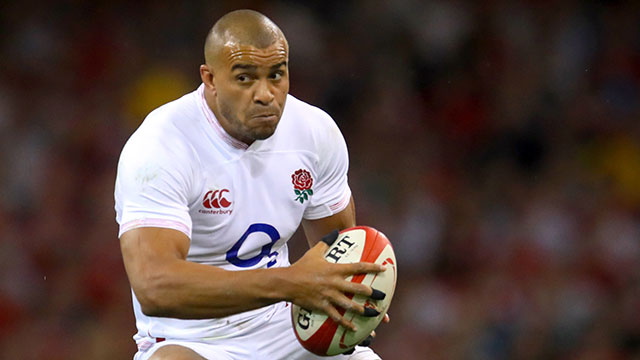 Jonathan Joseph starts on the wing for England (Adam Davy/PA)

England enter their 136th meeting with Ireland in a fixture dating back to 1875 as firm favourites to claim a result that would ignite their Six Nations campaign. Here, we examine five talking points ahead of the game.

More so for England than Ireland, round three is a pivotal weekend in the 2020 Six Nations. Only victory will keep Eddie Jones' men in title contention, while defeat would guarantee a third year devoid of success in Europe. Ireland are on the Grand Slam march and a win would keep destiny in their own hands, but they have some room to slip up.

One of the more bizarre weeks of the Jones era in which he made an ill-advised joke about racism took another dramatic turn in the shape of a team selection full of curiosities - five second rows in the 23, Jonathan Joseph making his first Test start on the wing, Elliot Daly restored at full-back, Ben Earl present as a hybrid back row/wing/centre and another six-two split on the bench. If Jones' judgement is exposed by Ireland, he will invite more pressure on to his regime.

Andy Farrell has made a solid start to life as Ireland head coach in the form of wins against Scotland and Wales, but Twickenham provides the stage for a fascinating sub-plot in the form of a duel between one of rugby's great family dynasties. Andy, a dual-code international and former Great Britain captain, will have devised a plan to shackle Owen, his son and the skipper of England, who acts as the inspiration, goalkicker and playmaker for his team.

The Irish camp was visited by a national hero during the week as U2 frontman Bono met the squad, performing some of his music but more importantly giving a talk in which he discussed the meaning of "Irishness". It struck a chord with the players, who appear to have been liberated by the departure of Farrell's authoritarian predecessor Joe Schmidt.

Could the tide turn?

Schmidt's Ireland endured a torrid time last year, especially at English hands. They were thumped in Dublin in one of England's finest hours under Jones and six months later were routed again, this time in a World Cup warm-up match. England appear to have their number, but with both Vunipolas unavailable, there is a shortage of firepower to break the gain line. Dominance of a fixture between two well-matched teams has a habit of being cyclical and fortunes could soon be reversed.