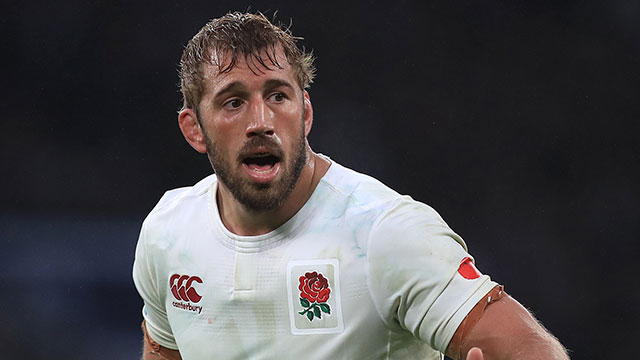 Chris Robshaw has been given the chance to stake a late claim for Six Nations selection after being included in England's training squad for the first time in the 2019 Championship.

The former England captain won the most recent of his 66 caps during last summer's tour to South Africa but sat out the autumn series because of a knee injury sustained in October.

The 32-year-old flanker has proved his fitness since making his comeback for Harlequins against Saracens on January 26 and is now present in the 31-man squad that will continue preparations for Saturday's clash with Italy.

"Chris looked good. Physically he's in as good a shape as we've seen him," Hatley said.

"He's in really good condition. Last weekend he made 28/30 tackles and got two turnovers. He's come back in good shape and his big challenge now is to add value.

"He's combative and very dependable. He's got an excellent work rate and he doesn't make many mistakes. That's quite a good commodity."

It appears unlikely, however, that Robshaw will have sufficient time to force himself into the frame against the Azzurri or the climax to the Six Nations against Scotland a week later.

England have been resurgent in his absence and have found a high-quality alternative at blindside flanker in Mark Wilson, while Eddie Jones also favours Brad Shields in the position.

"Everyone has a chance to play. It depends on how he goes over the next two days of training," Hatley said.

"We've talked continuously about developing strength in depth and we see Chris as an important part of that."

Maro Itoje is included in the training squad for the first time since damaging a medial knee ligament against Ireland on February 2 and is expected to return for the Italy showdown as one of only three locks named in the 31.

Also present is Jonathan Joseph, the Bath centre who has been absent from the Test arena since last year's Six Nations because of ankle surgery.

Joseph has been playing for Bath since January and travelled to Portugal with England for their pre-tournament training camp, but has so far been overlooked by Jones.

Hopes that Chris Ashton might recover from his calf strain in time for face Italy have been dashed with his omission from the training squad.