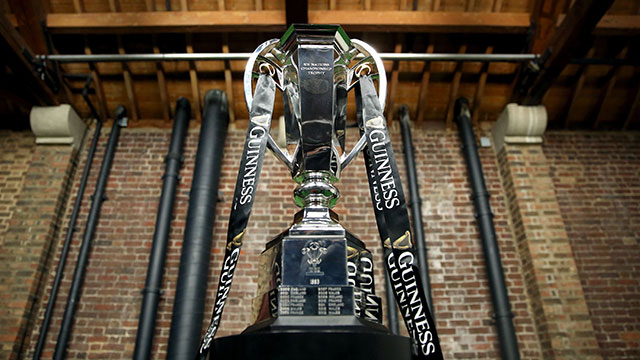 Ireland and Wales meet in Dublin on February 5 to launch the penultimate Six Nations before the 2023 World Cup.

Here we examine five talking points heading into an event that sees France or England as favourites to seize Wales’ crown.

England’s rollercoaster ride under Eddie Jones took another plunge downwards last year in the form a fifth-place finish in the Six Nations, on points difference their worst performance since Italy joined the competition in 2000. The team has been reshaped into ‘New England’ in a genuine overhaul that has seen go-to players of the Jones era such as the Vunipola brothers and Elliot Daly culled. A clean sweep of autumn victories over Tonga, Australia and South Africa has restored confidence but another finish near the wrong end of the Championship table would be unacceptable.

At the heart of the excitement building around England’s new direction is Marcus Smith, the highly gifted playmaker who has yet to put a foot wrong in five caps. He showed real maturity in a 27-26 victory over world champions South Africa in November, emerging from his toughest test yet with his reputation enhanced. The 22-year-old’s flair in attack has always been obvious, but it is his generalship that has shown the greatest improvement. A first Six Nations provides a new challenge, however, as Smith must prove he can deliver at the highest level when the distance is a marathon and not a sprint.

Dupont’s France on the march

Of all the teams involved, it is France who have the greatest capacity to animate the tournament as they continue building for the 2023 World Cup they are hosting. In Antoine Dupont they possess the world’s finest player who has redefined the role of a scrum-half, while an array of attacking threequarters are provided ample quality ball by one of the game’s strongest packs. A first victory over New Zealand on home soil since 2009 lit up their autumn and has lifted expectations heading into the Six Nations.

Wales are the champions who have consistently punched above their weight by becoming the competition’s most successful side since 2005, but surely even this remarkable rugby nation will be unable to defend their title. Seasoned campaigners Alun Wyn Jones, Josh Navidi, Justin Tipuric, Ken Owens and Leigh Halfpenny have been ruled out of the entire tournament through injury, while two more stars in George North and Taulupe Faletau could also miss out altogether. The depth of Wayne Pivac’s squad is being tested to its limits, but it also presents the stage for newcomers in the mould of Taine Basham and Louis Rees-Zammit to showcase their talents.

While Wales have excelled, Scotland’s epic quest for Six Nations glory continues. It is been 22 years since they last lifted the crown – Italy were not even part of the competition then – but could this be their year? Victories in London and Paris in 2021 is evidence of a side now able to mix it with the best and after supplying a large contingent to the Lions tour of South Africa, there is an abundance of talent in their ranks with the magical Finn Russell unrivalled as an attacking fly-half. It is an exciting time for Scottish rugby, but their past is littered with false dawns so cautious optimism is advised.