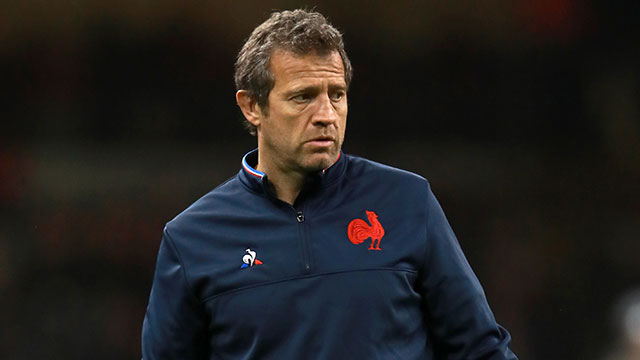 France head coach Fabien Galthie has told his players they cannot afford to consider the bigger prize on offer as they go in search of the victory over Scotland which could bring a first title in 11 years.

Les Bleus require a bonus-point victory and a winning margin of at least 21 points in the final 2021 Six Nations match in Paris to become champions, otherwise glory will belong to Wales.

The match was postponed from the third round of fixtures due to a coronavirus outbreak in the French squad, resulting in this must-win game at the Stade de France.

“We can’t get caught up in the high stakes. The key is to play well and win, the rest will depend on how the match goes,” said Galthie.

“We shouldn’t lose sight of what we need to do. What’s most important is to focus on our performance and victory, our ability to build a win.

“But (Scotland) also have their ambitions because if they win by eight points they will finish second, which hasn’t happened to them for a long time.

“The Scots have the best defence in the championship. They are very well-organised, well-disciplined and well-established in defence. They are the best in this sector so far.”

Fly-half Romain Ntamack will make his first Six Nations start this year as he replaces the injured Matthieu Jalibert as one of five changes.

“This team looks like the team that finished the game against Wales (winning 32-30 on Saturday) and played very well for the final 20 minutes,” added Galthie.

“It is the continuity with the collective experience and also corresponds to our week of work to prepare for our last meeting.”

France centre Gael Fickou, who has been moved from inside centre to the left wing to accommodate Vincent, believes winning the Six Nations will be significant after a decade without success.

“In previous years, we have lost a lot. It was not easy, but today we are winning again,” the most experienced member of Galthie’s squad, with 62 Tests since his debut in 2013, told a press conference.

“Going for a title would be something huge. For young players, this is important but for me, who lived with the older generation, too.

“We’ve been waiting for this for a very long time.”