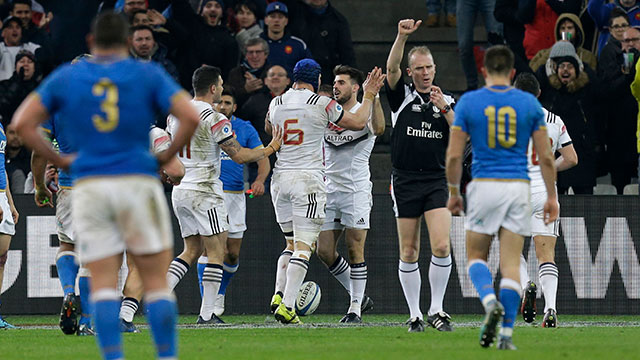 France and Italy will do battle on Saturday as both teams attempt to end disappointing Six Nations campaigns on a high.

Eight previous matches have yielded just one victory between them - France's win over Scotland - and they prop up the table.

Comprehensive defeats by England and Ireland have been particularly painful for France, and head coach Jacques Brunel said on sixnationsrugby.com: "We want to show a different face this week but the results speak for themselves.

"We are not at the level of some of the other teams in this championship. But the team that played against Ireland and England - that was not the real French team.

"We haven't fixed everything, of course there are still things we need to work on. We will carry on working hard and, with the World Cup to come, we are hopeful we can get it right."

France have lost twice in Rome, in 2011 and 2013, and Italy have tested both Wales and Ireland at home during this year's tournament.

Brunel has brought back the experienced Wesley Fofana and Maxime Medard, and there are also places for Yacouba Camara, Paul Willemse, Gregory Alldritt and Etienne Falgoux.

Italy have not won a Six Nations match since 2015, and O'Shea said: "France are a very strong team, like all the teams we face in the Guinness Six Nations every year.

"Our journey to the high level is continuing and I am sure that the road is the right one. In France, the pressure is different but we have the same desire to win and we want to finish the championship in the best way."