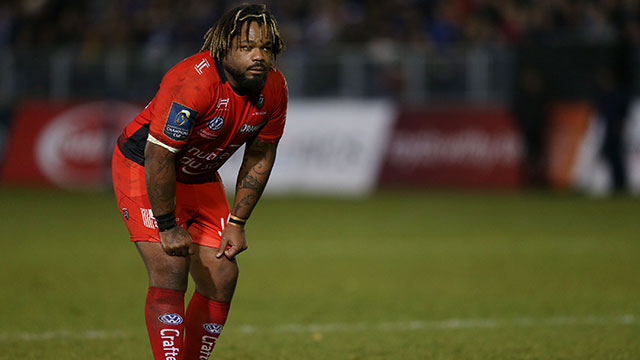 Toulon centre Mathieu Bastareaud has been recalled to the France side for Sunday's Six Nations clash with England at Twickenham.

The experienced defensive lynchpin was left out of the side that suffered a 24-19 defeat to Wales in Paris last Friday, despite Les Bleus leading 16-0 at the interval.

Bastareaud's return is one of six changes to the side by head coach Jacques Brunel.

"I explained last week the tenure of Romain Ntamack and Wesley Fofana, noting that Mathieu Bastareaud remained an important option for us and that he was important in our system and our team," Brunel said at a press conference, reported on L'Equipe.

"Today, it seems appropriate for us to do it because it seems to us to be an important option against England.

"The option of Mathieu, we know it, we know the impact it can have, and against the power of the English in the middle of the field, including via Manu Tuilagi, it can have an interesting impact."

Bastareaud was replaced for the game with Wales by debutant Romain Ntamack, but the 19-year-old Toulouse centre drops to the bench.

With Brunel also without two other injured players in Maxime Medard and Uini Atonio, Yoann Huget switches to full back and Demba Bamba starts at tighthead prop.

Dorian Aldegheri and Thomas Ramos join the list of replacements and could make their debuts.