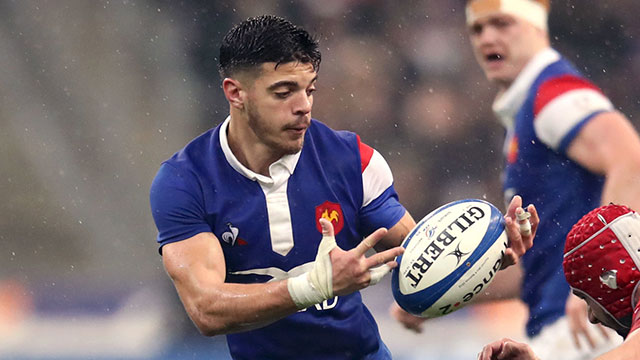 Romain Ntamack will start at No.10 for France (Adam Davy/PA)

France have retained Romain Ntamack and Antoine Dupont as their half-backs for Sunday's Six Nations opener against England in Paris.

The playmakers are among nine survivors from the 20-19 defeat by Wales in last autumn's dramatic World Cup quarter-final in Oita.

Also retained for the Stade de France showdown are centres Gael Fickou and Virimi Vakatawa, Les Blues' main dangerman who has been in outstanding form for Racing 92.

Head coach Fabien Galthie is happy with the make-up of his midfield and half-backs, believing they offer France the best hope of victory.

"These were our partnerships for the World Cup and one can say during the World Cup. The nine-10 axis, as well as the centres and the wingers, were fully satisfactory," Galthie said.

"We need continuity as we build this team. We count on them to continue to work and develop the potential in our team. It's simple - our goal is to win the tournament."