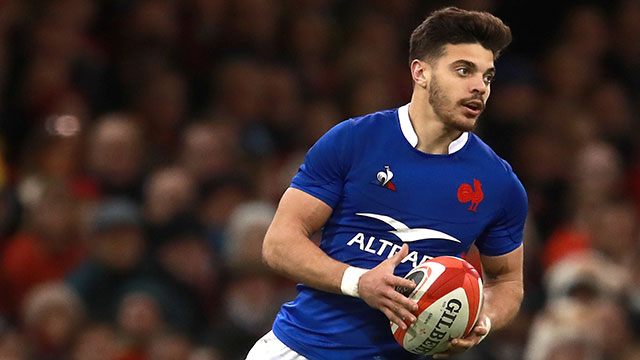 France fly-half Romain Ntamack will make his first start of the 2021 Six Nations in Friday’s title-deciding clash with Scotland.

Les Bleus require a bonus-point victory and a winning margin of at least 21 points in Paris to become champions for the first time since 2010, otherwise glory will belong to Wales.

Jalibert was ruled out after suffering a head knock during last weekend’s dramatic last-gasp 32-30 win over the Welsh, which ensured the title race would go to the final match.

Ntamack came on for Jalibert in the first half on Saturday evening and will make his first Test start since the final round of last year’s Championship having overcome a jaw injury.

Paul Willemse begins a two-match ban after being sent off for making contact with the eye of Wales prop Wyn Jones, while fellow lock Romain Taofifenua drops to the bench, along with flanker Dylan Cretin and wing Teddy Thomas.

With Willemse absent, Toulon man Rebbadj makes his maiden Test start, packing down alongside the returning Le Roux, who missed the last two matches with a muscular injury.

Gael Fickou has been moved from inside centre to the left wing to accommodate Vincent, while Damian Penaud has switched flanks.