Ireland-Italy Six Nations match called off due to coronavirus fears 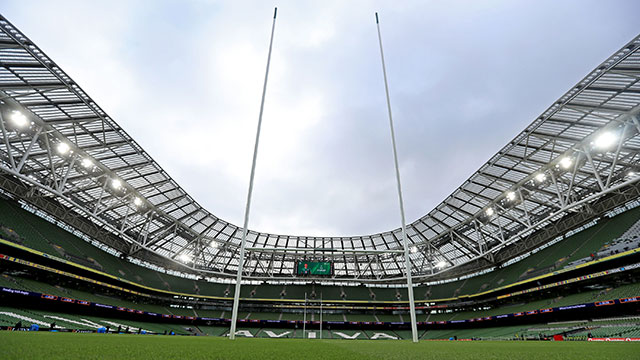 The Ireland-Italy clash has been postponed (Donall Farmer/PA)

Ireland's Six Nations game against Italy in Dublin on March 7 has been postponed due to the risk posed by the coronavirus outbreak.

The Irish Rugby Football Union announced the decision following a meeting with Irish Health Minister Simon Harris and his advisers on Wednesday.

China has reported 77,658 cases and 2,663 deaths following the outbreak of the Covid-19 virus that has spread to a variety of countries, including Italy, where authorities have swiftly put in restrictions.

Ireland were also due to play Italy in an under-20 Six Nations game and women’s international that weekend.

In a statement, the IRFU said: “The IRFU had a positive meeting with Minister Harris and his advisors today, where we requested a formal instruction as to the staging of the Ireland v Italy international matches over the weekend of 6/8 March.

“At the outset we made it clear that the IRFU was supportive of the Governments’ need to protect public health in relation to the coronavirus.

“We were then advised, formally, that the National Public Health emergency team has determined that the series of matches should not proceed, in the interests of public health.

“The IRFU is happy to comply with this instruction.”

“We will immediately begin to work with our Six Nations partners to look at the possibility of rescheduling the matches, and would hope to have an update on this in the coming days.”

This season’s Six Nations has two rounds of scheduled action remaining, and is due to conclude in Paris on March 14 when current tournament leaders and title favourites France host Ireland. Italy’s final scheduled game of this season’s tournament is against England in Rome on March 14.

In 2001, Ireland’s matches against the other home unions – Scotland, Wales and England – were postponed following a foot and mouth outbreak and delayed until September and October that year.