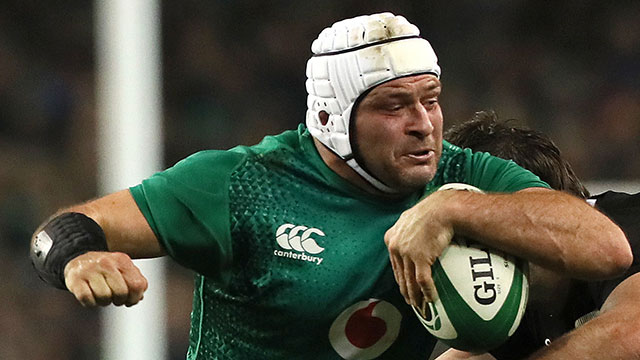 British and Irish Lions flanker Sean O'Brien has been omitted from Ireland's squad for Sunday's Six Nations clash with France.

The 32-year-old Leinster star has paid a hefty price for a below-par showing in Ireland's patchy 26-16 victory over Italy in Rome, with Josh Van Der Flier starting in his stead at openside.

The fit-again Garry Ringrose starts at outside centre with Robbie Henshaw still battling a dead leg, while Iain Henderson returns after finger trouble at lock and CJ Stander at number eight.

Munster star Stander suffered a nasty broken cheekbone in Ireland's opening-weekend 32-20 loss to England in Dublin, but has recovered quickly to step back into boss Joe Schmidt's team.

Ireland have restored all available big guns after a mix-and-match line-up to take on the Italians, with captain Rory Best back at hooker and Cian Healy also starting at loosehead prop.

Schmidt confirmed O'Brien's omission was on form, with the Ireland boss excited by Van Der Flier starting in the back-row.

"With Sean, Jack Conan was going to be given the opportunity against Scotland and he didn't get that, so we wanted to give him the chance.

"Josh Van Der Flier hasn't let us down at all. So it's a perfect opportunity to put him back in there, so he's very much keen and ready to go.

"This selection is about giving a bit more opportunity, great to have CJ back in there, James Ryan, Rory Best."

Schmidt added: "Jack Conan was initially due to start against Scotland, so we wanted to give him an opportunity to get back in with a foot in the door and demonstrate what he can do off the bench.

"And to spread the opportunity again at hooker and at prop.

"As tempted as we were with Tadhg Beirne, he's just been a little bit sore this week coming back from injury. He was in the mix but he's going to get the weekend off, to come back in refreshed and train next week.

"Ultan Dillane has played very well for us, so we wanted to reward his performance in Italy."