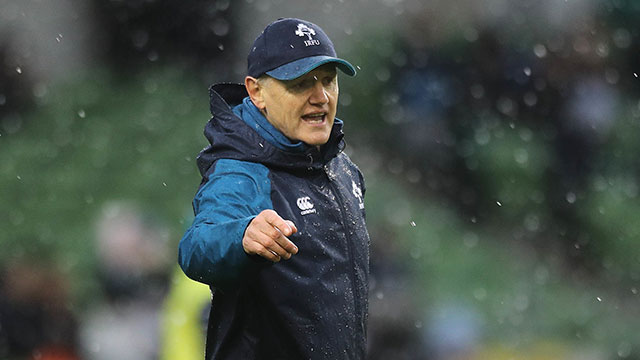 Tadhg Beirne will make his Six Nations debut when Ireland face Wales in Cardiff on Saturday.

The Munster second row made his name as a master turnover hunter at the Scarlets, and will now lock horns with a host of former team-mates at the Principality Stadium.

The 27-year-old Beirne slots in at lock for just his fifth cap as Ireland bid to deny Wales a first Grand Slam in six years, with Iain Henderson missing out due to knee trouble.

Sean O'Brien also returns at openside flanker having been omitted from the 26-14 win over France last weekend.

The British and Irish Lions loose-forward replaces Josh Van Der Flier, who was ruled out on Tuesday with a groin issue.

Full-back Rob Kearney has shaken off a calf complaint to start at full-back, but Joey Carbery misses out due to a hamstring injury so Connacht's Jack Carty covers fly-half from the bench.

Schmidt said: "He probably would have liked to have had a bit more game time leading into it but it's just a case of slotting people in. And that's been a really positive challenge for us throughout the Six Nations, and still try to get some cohesion.

"I think he knows these players pretty well. He's played pretty often against the second rows. He knows his Scarlets team-mates very well.

"With that combination I do think he's as ready as we can get him to be at this stage. And I know he's incredibly motivated to be as ready as he can be."

On Ulster lock Henderson's knee injury, Schmidt added: "He picked it up during the game, he didn't even realise during the game that he had it. I thought he played a super game as well.

"It wasn't actually until we got back to the team hotel that he just felt his knee was a bit sore.

"He has sprained it and won't be available for us this weekend. Hopefully he'll be back in the next few weeks all going well."