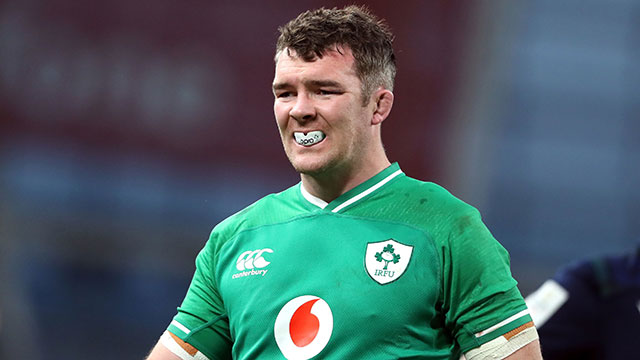 Caelan Doris will miss Ireland's Six Nations clash with reigning Grand Slam champions Wales due to a head injury, with Peter O'Mahony recalled in his place.

Back-row Doris has been subject to return-to-play protocols after being forced off inside five minutes of his international debut during Saturday's win over Scotland.

Head coach Andy Farrell's other change to his starting XV for the visit of Wayne Pivac's men sees Robbie Henshaw selected at outside centre in place of the injured Garry Ringrose.

Ringrose was taken off at half-time against the Scots due to a hand problem and has also been ruled out of Ireland's trip to face England at Twickenham later this month.

Farrell's enforced reshuffle means Leinster back-row Max Deegan could make his debut from the bench, while wing Keith Earls is also included among the replacements.

With 21-year-old Doris unavailable for this weekend's match in Dublin, CJ Stander switches to replace him in the number-eight position, with the experienced O'Mahony coming in to win his 66th cap at blindside flanker.

Stander was Ireland's stand-out performer against Gregor Townsend's side after moving into the centre of the back row following Doris' nasty collision and subsequent early departure.

Tadhg Furlong has overcome tightness in his calves to start in the front row, while fellow prop Dave Kilcoyne retains his place among the replacements, despite suffering a head injury after coming off the bench against Scotland.