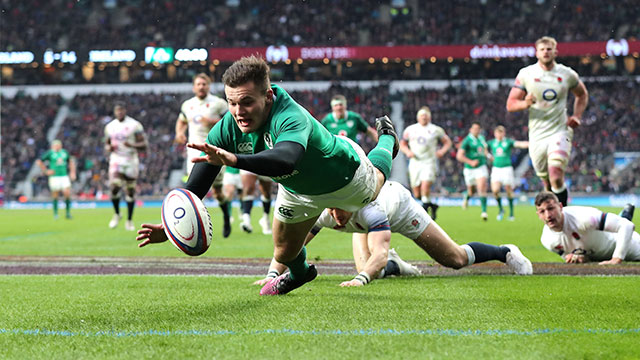 Ireland wing Jacob Stockdale has reflected on "a truly memorable few weeks" after being named Six Nations player of the championship.

"It has been a truly memorable few weeks, making my first NatWest 6 Nations appearance, winning the championship and then going on to complete the Grand Slam against England," Stockdale said, in a statement released by the Six Nations.

"Breaking the try-scoring record was the cherry on top!

"It's an absolute honour to win the NatWest player of the championship, especially when you look at the amazing calibre of those short-listed."

The previous record of six tries in one Six Nations campaign was jointly held by Shane Williams, Chris Ashton and Will Greenwood.

Stockdale, who only made his Test debut last summer, claimed try doubles in Ireland's victories over Italy, Wales and Scotland, then added another touchdown during the Grand Slam-clinching triumph against England at Twickenham on March 17.

Prior to Stockdale, the award was won for two years in succession by Scotland full-back Stuart Hogg.