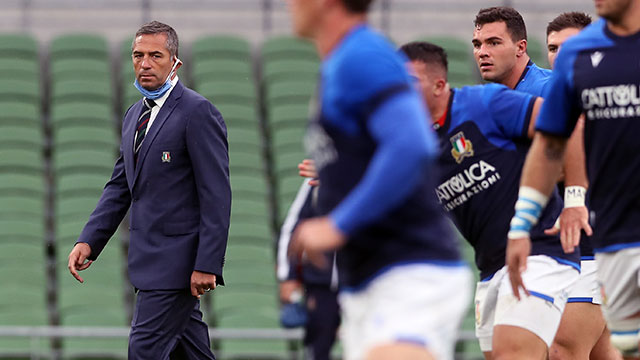 The Italians are bidding to avoid a 30th successive defeat in the competition, a run which dates back six years to a 22–19 away win over Scotland.

Smith has stuck with the team which was competitive in a comprehensive 41-18 defeat to England at Twickenham on February 13.

There are four changes among the replacements, with Benetton pair Callum Braley – who has not played for the Azzurri since a Six Nations defeat in Dublin in October – and Cherif Traore restored to the bench, in addition to Zebre duo Maxime Mbanda and Mattia Bellini.

According to the Italian Rugby Federation website, South African coach Smith said: “We worked a lot on ourselves, focusing on our game plan.

“Against Ireland we aim to show the same attitude we showed in the last match with the aim of taking another step forward in the growth path.”

Centre Carlo Canna will win his 50th international cap during the weekend game in Rome, while prop Danilo Fischetti – a replacement in London a fortnight ago – is unavailable due to injury.

Italy have not beaten Ireland since a 22-15 success at Stadio Olimpico in March 2013.