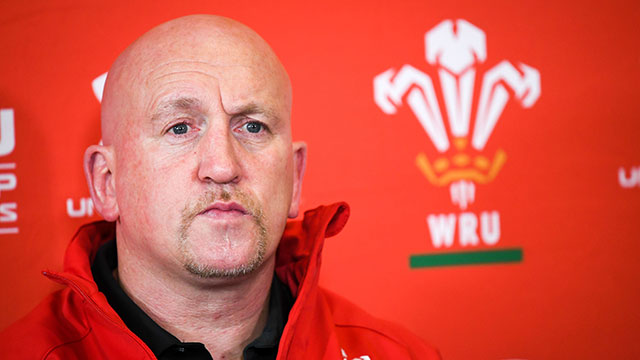 Shaun Edwards says he hopes the best is yet to come from Six Nations title and Grand Slam-chasing Wales.

The unbeaten tournament leaders, who are seeking a first Six Nations clean sweep since 2012, tackle Scotland at Murrayfield on Saturday.

They have lost just once in Edinburgh during the past 12 years, and another victory would then see Wales go for Six Nations glory when Ireland visit Cardiff on March 16.

But Wales assistant coach and defence specialist Edwards does not need reminding about what happened at Murrayfield in 2017.

"We are fully aware that the last time we went up there, they definitely did a great job on us," Edwards told WRU TV.

"Finn Russell was absolutely outstanding that day. They controlled the second half, and we definitely got on the wrong side of the referee that day as well.

"So we are very determined to go up there and give a better account of ourselves than we did in the second half two years ago.

"It's a while since we have actually been three (wins) from three, but we are fully aware of Scotland's threat.

"A couple of their players have said they don't feel they have been at their best so far in the campaign, and we feel that we are still improving as well, so hopefully our best rugby is yet to come.

"We always want to improve, and we would like to think the longer we have the players, the better we get.

"They will probably challenge us ball in hand probably more than the three teams (France, Italy and England) we've had before.

"We are fully aware of the potency of their two half-backs - they are very experienced - and the speed and class they've got on the outside. We are preparing well, and have to play for 80 minutes."

Wales head coach Warren Gatland is due to name his team on Thursday, with one change certain as lock Cory Hill is sidelined.

Hill will miss the remainder of the Six Nations due to an ankle injury suffered in Wales' 21-13 success against England nine days ago.

Wasps flanker Thomas Young, meanwhile, has not yet linked up with the Wales squad this week after going off early during a Gallagher Premiership defeat against Leicester two days ago because of a hip injury.

Young, who made a Six Nations debut in the victory over Italy last month, continues to be assessed by his club at this stage.