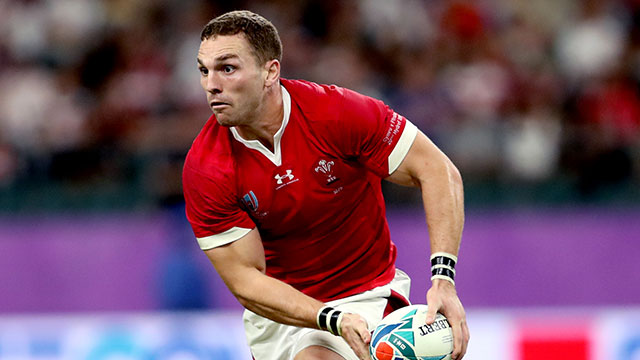 George North’s hopes of winning his 100th Wales cap on Saturday have been dashed by injury.

North had been set for a third-successive start at outside centre in Wales’ Six Nations clash with Scotland.

He suffered a scratched eye during a 21-16 victory over Ireland last weekend, making him the fifth player from that starting line-up ruled out because of injury.

New Zealand-born Cardiff Blues centre Willis Halaholo, who qualifies for Wales through residency and was only called into Wales’ Six Nations squad on Wednesday, is among the replacements.

Centre Williams and wing Hallam Amos are unavailable because of head injuries suffered in the Ireland game, while that fixture also claimed scrum-half Tomos Williams (hamstring) and flanker Dan Lydiate (knee), in addition to North.

Liam Williams returns from a three-match ban to replace Amos, with Gareth Davies taking the number nine shirt and Aaron Wainwright called into the back row as Pivac makes five enforced changes.

Scarlets flanker Josh Macleod would have replaced Lydiate and won his first cap, but he was injured in training, while fellow flanker Josh Navidi is also injured.

Despite missing the Scotland game, 28-year-old North will still break Australia captain Michael Hooper’s record as the youngest player to reach a century of caps for their country if he plays against England on February 27.

The loss of so many frontline players, though, presents Pivac with a major test of his squad depth as Wales prepare to tackle England’s resurgent Calcutta Cup conquerors.

“We have to feel extremely disappointed for Josh (Macleod), who we selected to start and to win his first cap, only to be ruled out later that day through injury,” Pivac said.

“It is a quick six-day turnaround this week, but we are looking forward to getting back out there.

“We have picked up a couple of injuries, but we see it as more of an opportunity for those coming into the side.”