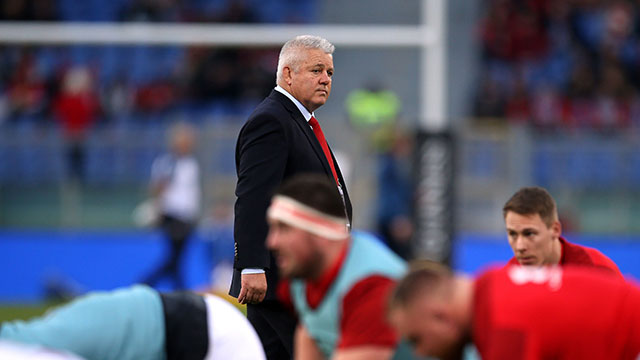 Warren Gatland says there is "no doubt" his Six Nations title and Grand Slam-chasing players have been distracted by Welsh rugby's current domestic situation.

And Wales hooker Ken Owens has branded a possible Scarlets-Ospreys merger as the "most challenging situation" of his career.

Owens also said: "This is not going to split us at all, it is going to bring us closer together. We are looking forward to taking some frustration out (against Scotland on Saturday)."

Scores of Welsh professional players' immediate futures are in limbo, with Wales' Professional Rugby Board (PRB) trying to thrash out a solution on Tuesday.

A new professional team in north Wales could be formed as part of so-called Project Reset in Welsh rugby's biggest domestic shake-up since the inception of regional sides 16 years ago.

That team would join an Ospreys-Scarlets merger, plus existing Welsh regions Cardiff Blues and Dragons.

Hopes of any quick outcome were hit, though, when the Ospreys announced that Mike James resigned as their chairman at the start of Tuesday's PRB meeting, citing the Welsh Rugby Union's "catastrophic mismanagement" of efforts to overhaul the game.

The furious Ospreys then released a strongly-worded statement claiming they were not on the verge of merging with the Scarlets.

"The instability created by PRB's chaotic approach to its own imposed restructuring criteria has been the height of recklessness at its worst and incompetent management at its best," the Ospreys said.

"We stand fully behind the comments of Ospreys outgoing chairman Mike James and add the Ospreys' voice to his in calling for fundamental re-examination of a truly disastrous process.

"The Ospreys are not on the verge of merging with the Scarlets."

The PRB said in a statement that it had expected to finalise "a comprehensive proposal" at its meeting for the WRU board to consider.

But it added: "A central component of the proposal was a merger between the Scarlets and Ospreys. The PRB were advised Heads of Terms for the merger had been reached between the two regions on Friday, March 1.

"The PRB would like to make clear that the statements issued today by the Ospreys do not reconcile with the minuted meetings, actions and documented agreements that have taken place to date," the statement read.

"The PRB support the principle of the proposed merger," the statement continued. "The PRB is united in its pursuit of what is best for professional rugby in Wales.

"Today's events will not deflect the PRB from this course."

Phillips addressed the Wales players on Monday, with a title and Grand Slam guaranteed if they beat Scotland on Saturday, and then Ireland seven days later.

"There is no doubt the players have been distracted," Wales head coach Gatland said.

"We are trying to limit that distraction, which is why we had the meeting yesterday to try and inform the players about what was going on so we could put it behind us and really focus on an important game for us.

"This hasn't been driven by the Union. The Union was approached by two of the regions about a consideration about a possible merger. This proposal came from the regions to the Professional Rugby Board.

"Sometimes you have to have the ability in all walks of life, whether it be professional or sport, to put adversity behind you and focus on your job. I am sure the players will do that."

Owens, the Welsh Rugby Players' Association chairman, added: "As the chairman of the WRPA, I am deeply concerned about the situation that the players across the four regions face.

"I recognise that this is the most challenging situation that I or arguably any player has faced during our rugby careers.

"We can't hide from the fact that for whatever reason regional rugby has been struggling to compete consistently. If this is the best way forward, then as players we will support it.

"Of course, there is a little bit of anger. For someone like Alun Wyn (Jones) or myself, who have been one-club men and played for one region, there is a question of how is the new entity going to look?

"I know things happen quickly and are never straightforward in Welsh rugby, but there is anger because there is still the decision where some boys have got offers over the (Severn) Bridge.

"Do they take that offer to secure their livelihoods, or do they wait to see what happens in Wales?"