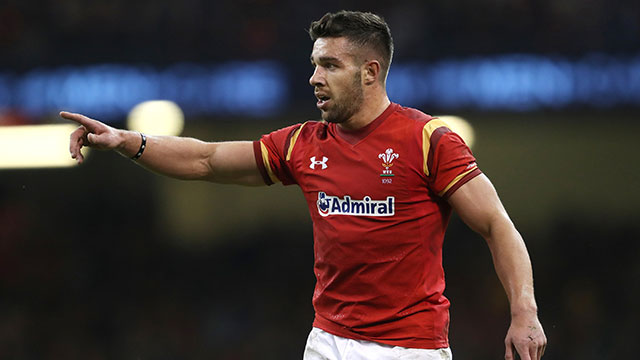 Rhys Webb is on course to make a surprise Wales return during this season's Six Nations.

French club Toulon recently agreed to scrum-half Webb's early release from his contract for family reasons, and he will rejoin the Ospreys next term.

He was originally eligible for Wales again from July 1, but the Welsh Rugby Union announced that the Professional Rugby Board (PRB) has agreed to an application from Webb for a six-month dispensation, during which time Wales head coach Wayne Pivac can consider him.

The PRB comprises representatives from each of the five professional entities in Welsh rugby - its four regions, the Scarlets, Ospreys, Cardiff Blues and Dragons, plus the WRU - and shares responsibility for running the professional game.

His move to Toulon, having not met the minimum 60-cap selection requirement for players playing outside Wales, meant he could not be considered for the national team.

In a statement, the WRU said: "The Welsh Rugby Union can confirm that Rhys Webb will be eligible for selection for the 2020 Guinness Six Nations.

"Following the 31-times capped scrum-half's contractual commitment to return to play his club rugby in Wales with the Ospreys next season, the Professional Rugby Board (PRB) has agreed to an application from the player and his representative to allow a six-month dispensation from the senior player selection policy, during which new Wales head coach Wayne Pivac can consider Webb for selection.

"In accordance with Wales' senior player selection policy, the 31-year-old British and Irish Lion was originally eligible for international selection from 1st July 2020.

"However, the dispensation granted by the PRB enables Webb to compete for a place in Pivac's first campaign in charge of Wales, starting at Principality Stadium against Italy on 1st February."

Webb is now likely to be named in Pivac's Six Nations squad, strengthening Wales' scrum-half options alongside the likes of Gareth Davies and Tomos Williams.

And it is a considerable boost for Pivac as he prepares to embark on his first campaign after succeeding Warren Gatland as Wales boss.

Webb's availability follows number eight Taulupe Faletau recently returning to action for Bath after missing the World Cup due to a collarbone injury.

And although Pivac will be without the likes of centre Jonathan Davies and fly-half Gareth Anscombe because of injuries, experienced Webb offers him a key selection option.

Pivac will also have welcomed Josh Navidi's decision to sign a new contract with the Blues on Thursday, with the back-rower committing to the region until 2024.