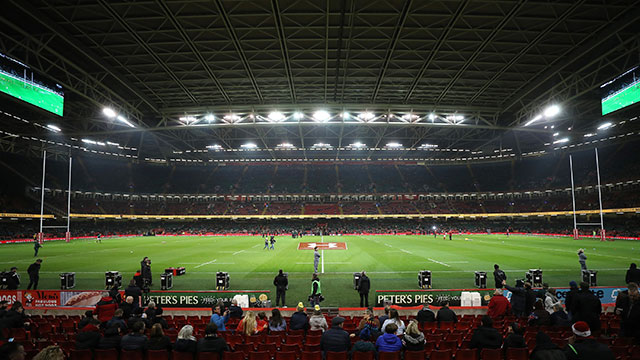 Wales' game against Scotland has been postponed (David Davies/PA)

Wales' Six Nations clash against Scotland in Cardiff on Saturday has been postponed in a U-turn from Friday morning's insistence that the game would go ahead.

Less than five hours after the Welsh Rugby Union said the Principality Stadium encounter remained on, the governing body announced its postponement.

In its latest statement, the WRU said: "The Welsh Rugby Union has maintained an open dialogue with, and continued to seek advice and direction from, the Welsh Government and other stakeholders, including the Six Nations, on this fast-moving issue.

"Whilst medical advice remains consistent, we have decided that it is in the best interests of supporters, players and staff to fall in line with recent measures taken across the UK and global sports industries.

"The WRU would like to thank all parties for their counsel on the subject, and will make further announcements with respect to rescheduling the fixture in the coming days.

"Every effort has been made to stage this game, and we appreciate that individuals will have been inconvenienced.

"Given the fluid and unprecedented nature of this issue, a postponement became the only viable option."

It becomes the fourth game to be postponed in this season's Six Nations.

Ireland's games against Italy and France had already been called off, in addition to England's appointment with Italy in Rome.

No dates for rearranged games have yet been announced, although late October is thought to be an option.

The Scotland squad, meanwhile, had arrived in Cardiff and trained at the Principality Stadium on Friday.

A Scottish Rugby spokesperson said: "Scottish Rugby has acknowledged the decision of the WRU to postpone tomorrow's Guinness Six Nations match in Cardiff.

"While it is disappointing the fixture could not go ahead, there are clearly wider public safety issues unfolding at this unprecedented time.

"We support the WRU in the difficult decision they have had to make and will continue to have strong relationship with them going forward.

"All the Scotland players and management team would like to pass on their thanks to the Scotland fans who were aiming to attend the match, and share their disappointment this game now will not be played.

"The team will aim to return to Scotland at the earliest opportunity."

But that feat will now be put on hold probably until the summer, when Wales play Tests against New Zealand in Auckland and Wellington.

The WRU, meanwhile, said that Friday night's Six Nations Under-20 game between Wales and Scotland in Colwyn Bay will be played behind closed doors.