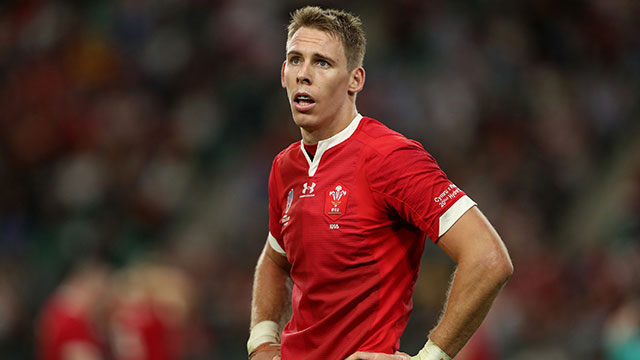 Liam Williams will make his comeback in Wales' Six Nations clash against England on Saturday following more than four months on the sidelines.

But Wales head coach Wayne Pivac has thrust fit-again Williams back into the Test match arena, replacing an injured Josh Adams as one of four changes from the side beaten by France 12 days ago.

Davies and Jones do not make the matchday 23, along with Dragons flanker Aaron Wainwright, who was a World Cup mainstay.

Navidi has been recovering from a hamstring injury and last played in Cardiff Blues' European Challenge Cup game against Leicester on January 12.

Wing George North and fly-half Dan Biggar, meanwhile, are both fit and retain their places.

North failed a head injury assessment during the France game last month, but he has passed all return-to-play protocols and also been independently assessed by a concussion expert.

And Biggar has recovered after going off with a knee injury in his club Northampton's loss to Saracens last weekend.

On the bench, there are roles for scrum-half Rhys Webb, prop Rhys Carre and Scarlets forward Aaron Shingler, in addition to Faletau.

Wales last beat England in the Six Nations at Twickenham eight years ago, and defeat on Saturday would make it three successive losses in one tournament for a first time since 2007.

Pivac said: "We've had a good two weeks and we are really excited about heading up to Twickenham for what will be a huge Six Nations clash.

"We have had the chance to put the disappointments of the loss to France behind us, and we know heading to London we need to be more clinical in attack and convert the opportunities that we are creating.

"Liam's return to full fitness is a positive after the loss of Josh (Adams), as is the return of Josh Navidi."