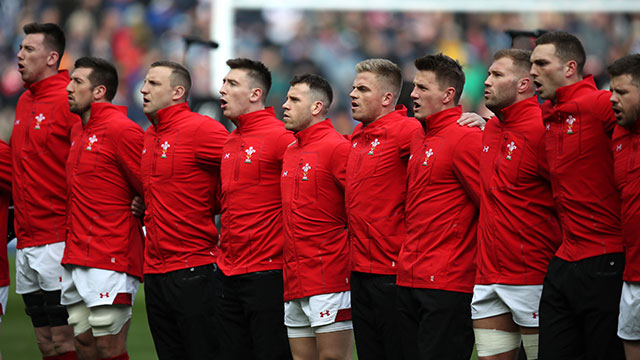 Liam Williams has recovered from injury and will start for Wales in Saturday's Six Nations Grand Slam clash against Ireland.

Full-back Williams went off during the 18-11 victory over Scotland at Murrayfield last weekend after suffering a 'stinger' to his shoulder area.

But the Saracens star has been named in an unchanged team by head coach Warren Gatland as unbeaten Wales chase a first Six Nations title since 2013 and first Grand Slam for seven years.

But it will be a new experience for a number of other key performers - players like wing Josh Adams, who has scored three tries in his last three Six Nations games, fly-half Gareth Anscombe, flanker Josh Navidi and number eight Ross Moriarty.

Ireland will win the Six Nations if they defeat Wales in Cardiff and Scotland beat England at Twickenham on Saturday. They were also the last side to topple Gatland's men 13 months ago.

Since then, Wales have embarked on a national record 13 successive Test wins, and Gatland is bidding to become the first coach in Five or Six Nations history to mastermind three Grand Slam triumphs.

During his reign, Wales achieved clean sweeps in 2008 and 2012, and it is the New Zealander's final Six Nations match before he leaves his post after the World Cup in Japan later this year.

Gatland has also retained the replacements' bench personnel selected for Edinburgh, with a fit-again Leigh Halfpenny missing out on a first Test match involvement since he suffered concussion when Wales beat Australia in November.

Gatland added: "These players are on a very good run, they are a hugely impressive group and they deserve to be going into the final weekend with everything to play for.

"It is a great reward for them for the hard work they have put in, and we are all looking forward to what is going to be a huge game.

"For a number of us as coaches this is our last Six Nations game, and the fact that it is in Cardiff is extra special. There is bound to be a bit of emotion on Saturday, and that is something to embrace."