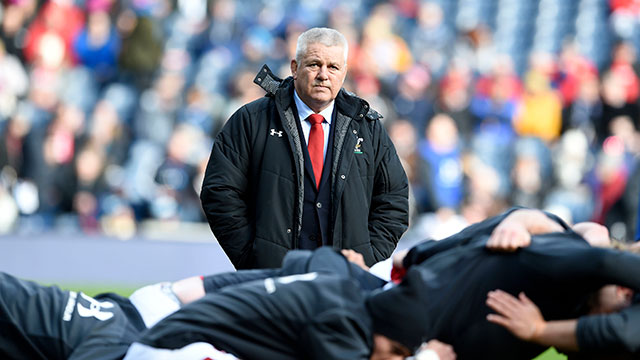 Sam Warburton believes that Warren Gatland has "changed the perception" of Welsh rugby as he prepares for his final Six Nations game in charge.

Gatland will bow out of the Six Nations arena as Wales head coach on Saturday chasing a double prize - title and Grand Slam.

If Wales beat Ireland at the Principality Stadium, Gatland will have masterminded a Five or Six Nations record third clean sweep by one coach.

The New Zealander's 12-year reign will end after the World Cup in Japan this autumn, and Warburton - Wales' 2012 Grand Slam skipper - has no doubt about his impact.

"He has changed the perception of the Welsh public from being underdogs, which they were used to in the 1990s and 2000s," Warburton said.

"It is normal now to expect to win a Six Nations campaign year in, year out. He has changed the psychology of the Welsh team and public.

"That underdog status has pretty much gone now. You do not want to be the underdog.

"You work hard to be the top dog, and he has got the boys and the public in that state of mind. They expect so much of the Welsh team, and that is down to Warren.

"Behind closed doors, in my experience, Warren always says how good we are. When he says you are going to do something, nine times out of 10 it happens.

"He oozes confidence, and the players feed off it and believe exactly what he says.

"His coaching methods are brilliant anyway, and what he says carries a massive amount of weight among the playing group."

Warburton, who was appointed Wales captain and twice British and Irish Lions skipper by Gatland, believes his former national team boss will not sit back when his tenure comes to an end.

"I still think he has more to do," Warburton added. "He knows that.

"I still think we will see him achieving big things after this World Cup.

"You get vibes of what a coach might do, but I do not know whether he will go back into the international scene, the Lions or go back to New Zealand.

"He might enjoy a bit of time off initially, but I think his coaching journey will definitely continue."

And among Gatland's legacies will be the emergence of Wales' next playing generation, one that has seen players like Josh Adams, Adam Beard, Aaron Wainwright, Elliot Dee and Dillon Lewis come through and show that the future is in safe hands.

"The academy system is truly working in Wales now, and we are finding out who the top guys are from the age of 16 to 19, and we are holding on to them and not letting them fall through the fishnet," said Warburton, who retired from professional rugby last year at the age of 29.

"All these boys are a similar sort of age group, and they are going to be around for two more World Cups.

"We've got fantastic strength in depth at the moment. When have we gone to Italy and made 10 changes, like we did this season, and won?

"We haven't been able to do that in the past. When we won the Grand Slam in 2012 we barely made a team selection change, as we couldn't take the risk.

"That (Italy) game was the biggest game for me - plus the one in the autumn against Tonga (Wales won 74-24).

"Those two games were as significant as any big win we've had in the last 12 months, purely because it truly highlights the strength in depth we do have."