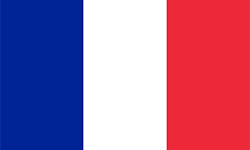 Their loss to England on the final day of the Championship came despite them scoring five tries at Twickenham in an incredible match!