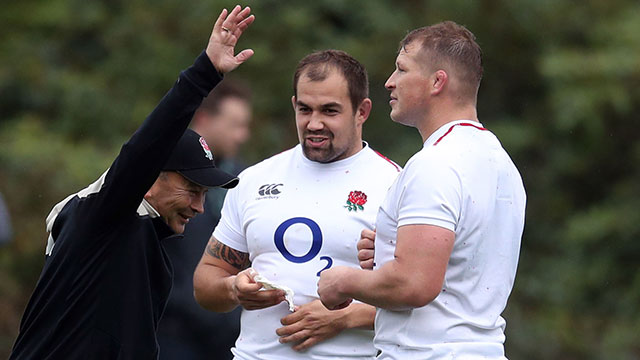 Moon is competing with Ellis Genge to fill the void at loosehead prop created by Mako Vunipola's knee injury as a crunch title showdown with Wales looms in Cardiff on Saturday week.

The no-nonsense Exeter Chief made his England debut as a 29-year-old last autumn and had an immediate impact, inspiring an evocative analogy from Eddie Jones.

"Ben's one of those blokes who goes down the coal mine for you every day," Jones said.

"He digs the coal, gets it up, other people manufacture it and then we have a burning fire. He does the simple things - no fuss, no fanfare. A really good team guy."

Moon, who has now won five caps and is a strong contender for World Cup squad selection, appreciates the comparison.

"I'll take it as a compliment. Everyone's different and that's the beauty of rugby," Moon said.

"Everyone's got their role, but whatever Eddie sees in me, I'm happy to take that role.

"Obviously set piece is any prop's bread and butter. I enjoy the defensive side of the game and making tackles and giving hot balls to the team.

"The big shots are the ones you enjoy. Regardless of who you are playing, they are the ones that you enjoy the most as it gives you and the team a good feeling."

Vunipola was a marauding presence in the first two rounds of the Championship and the injury that struck during Sunday's 44-8 demolition of France has robbed England of their most effective forward.

Moon or Genge will take the number-one jersey and an indication of the challenge facing the rivals is assistant coach Neal Hatley's admission that "you don't really replace someone like Mako".

Moon, however, knows that the setback has offered a chance that he intends seizing.

"Mako is a big loss to us. He's a fantastic player and has got a lot of experience," Moon said.

"That gives me and Ellis opportunity to fight it out and compete for a starting spot, which we've started doing this week.

"It's an opportunity for me to push on from the time I got in the autumn. I don't want to look at it as just stepping in. I definitely want to stake a claim for that shirt.

"Once you are creeping towards 30 you think maybe the chance to play for England has passed you by, but for whatever reason the chances come."

Genge returned to training on Friday after recovering from a minor ankle injury and is available to face Wales.