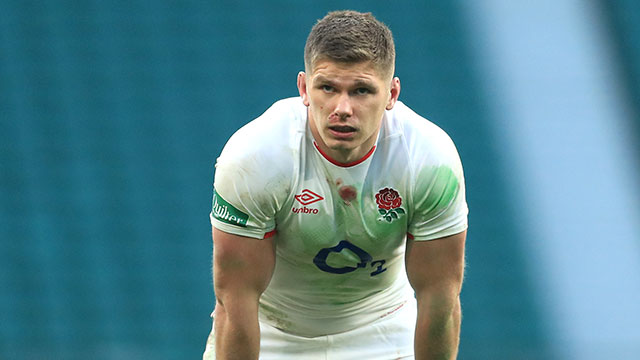 For the first time since the 2019 World Cup quarter-final victory over Australia, George Ford has dropped to the bench, making way for the more muscular trio of Farrell, Ollie Lawrence and Henry Slade.

Ford missed the start of the autumn because of an Achilles injury but having been restored to full fitness, he was picked as chief conductor for the victories over Wales and France.

It will be Lawrence’s fourth cap and first Six Nations appearance and the Worcester inside centre will be given the role of midfield battering ram at which he showed promise during the Autumn Nations Cup.

Apart from the adjustment made at fly-half and 12, Jones has retained the same backline that sent France spinning to defeat in sudden death at Twickenham two months ago.

The vacancy created by Sam Underhill’s hip injury sees Tom Curry move across the back row to openside and Mark Wilson slots in at blindside flanker for his first Test appearance since March.

Wilson has beaten Ben Earl to the available flanker position and the rising Saracens star, who is on loan at Bristol, continues to supply cover.

Courtney Lawes missed the entire autumn because of an ankle injury but he must settle for a replacement role with Jonny Hill preferred as Maro Itoje’s partner in the second row.

England’s depth at prop is tested by Kyle Sinckler’s ban for swearing at a referee and the unavailability of Mako Vunipola and Joe Marler, providing starting opportunities for Ellis Genge and Will Stuart.

Beno Obano is the only uncapped player in the 23 and the Bath loosehead will make his debut if he comes on for Genge.

England will face Scotland for the 139th time in a match that marks 150 years since the rivals clashed in the first ever international rugby match.

“We’re really looking forward to this game and getting the Six Nations back underway. It’s even more special to be taking part in a 150th anniversary game, it will be a good occasion,” Jones said.

“It was difficult to pick the 23 players. We’ve had a really good week of training, it’s been very competitive but I’ve gone with what I feel is the strongest 23 for this week.

“The Six Nations is a short tournament, it’s a real sprint so we’ll need to be on the front foot straight away. We know Scotland will be raring to go – but so will we.”