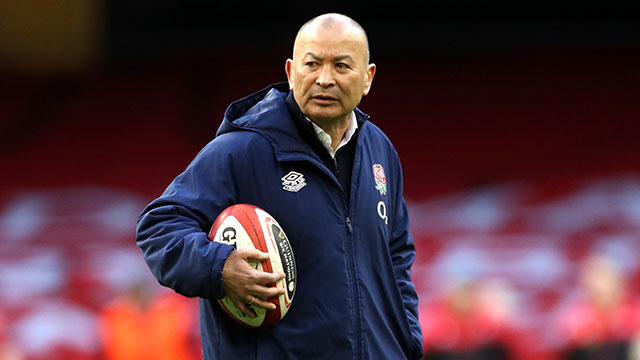 Eddie Jones has been fielding calls from England players accepting responsibility for the indiscipline that has ruined their Six Nations title defence.

Following the 40-24 mauling by Wales, the squad left camp for a scheduled break week but the shortcomings of England’s Championship-high penalty count compelled some to ring Jones.

Across the opening three rounds, the team have conceded a ruinous average of 13.6 penalties per game with the collapse at the Principality Stadium the nadir. Maro Itoje alone conceded five.

Jones believes it is his players’ desire to make an impact that is incurring the wrath of referees.

“No one goes out there and tries to give away penalties. Everyone is working hard but sometimes players just over-exert in certain areas,” Jones said.

“Those players we’ll have a quiet chat to and they’ve been reflecting on it. I’ve had at least three or four players ring me during the week to talk about how they need to tend to their errors. That’s the great honesty of this team. We’ll keep working on that.

“A number of the penalties have been because the players are trying too hard. That’s something that only an individual player can fix, that ability to be in the moment and do the right thing at that particular moment.

“Sometimes it’s because players can’t get what they want in areas they’re usually good at. People use discipline as an over-arching term but it’s generally a by-product of something else in the game.

“But we’re working through it and I know this team is very honest and really wants to solve it. We will solve it and we’ll be better in the next game.”

England need to solve it in time for Saturday when France visit Twickenham knowing that the tournament favourites have all the firepower to inflict a third defeat of the Six Nations.

Emphatic losses to Scotland and Wales have reduced their title prospects to dust and while Jones insists his squad are going through a transition period, he insists it will not be speeded up because of recent results.

“When I select a player I want them to be ready to play and if I don’t think they’re ready to play, just because we’re going through a tough spell at the moment, it’s not a reason to put them in,” Jones said.

“We’ve got eyes on a number of other young players, and the team was always going to go through this transition.

“We’ve got a plan in place of how we want to keep the team fresh and keep the team moving forward. And results don’t exacerbate that process.”