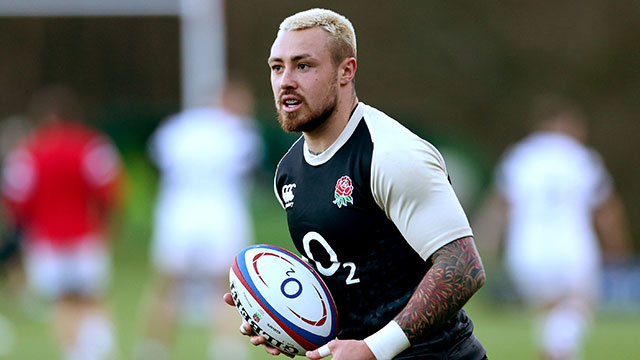 Jack Nowell has been restored to the right wing for England's Six Nations title clash with Wales in place of the injured Chris Ashton.

Nowell excelled during the opening-weekend rout of Ireland but made way for Ashton against France and is now thrust back into the starting XV for a seismic showdown in Cardiff.

Supplying wing cover on the bench is Joe Cokanasiga, the marauding Bath threequarter who is poised to win his third cap after recovering from a knee injury.

"Jack will start and Joe will come onto the bench. As we saw in the autumn Joe is a player of great potential so we are looking forward to him adding to the squad," Eddie Jones said.

A Championship-ending ankle injury has created a vacancy at loosehead prop that is filled by Ben Moon with Ellis Genge serving as a second-half replacement at the Principality Stadium.

The final of four changes to the matchday 23 sees Brad Shields make his Six Nations debut in place of Nathan Hughes as back row cover.

"Ben Moon will start and Ellis Genge will finish so we'll get a great 80 minutes out of those two," Jones said.

"It's disappointing to lose a player of the calibre of Mako Vunipola but we have two very good players who will do a great job for us.

"Brad Shields comes in for Nathan Hughes as a finisher as we just feel like it's going to be a high work-rate game."

England have not lost to Wales in the Six Nations since their harrowing collapse in Cardiff in 2013 and enter the collision between the Championship's only unbeaten sides as favourites.

Jones once again hailed Warren Gatland's title hopefuls as the greatest Welsh team in history and mischievously acclaimed the match as the biggest they will ever play.

"England and Wales is always a big game. We're intense rivals and there is the historical context to it," Jones said.

"Whenever you play against a Warren Gatland side you are playing against a side that is going to be very physical on the gain line.

"They are always very fit so you have to make sure you win the gain line and then find opportunities of where you are going to attack them.

"It's all about Wales, we are playing potentially the greatest team ever. Their players are full of emotion and it's the biggest game they are going to play in their lives.