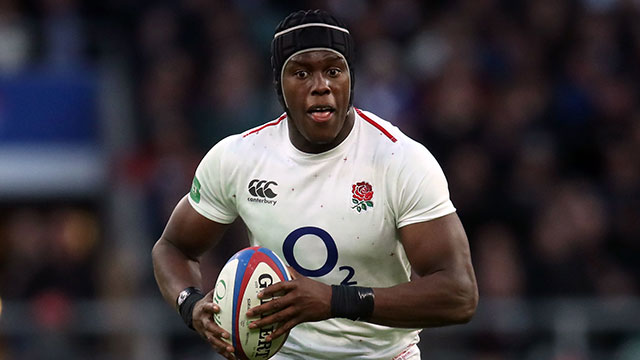 England have confirmed that Maro Itoje will miss Saturday's Six Nations clash with Wales because of knee ligament damage.

Itoje sustained the injury in the opening weekend victory over Ireland and missed the rout of France a week later amid a prognosis that the Saracens lock would return for the later rounds of the Championship.

However, it was suggested on Monday that he could recover in time for the title showdown at the Principality Stadium despite not being named in England's 33-man training squad for the game.

That unlikely prospect has vanished after forwards coach Steve Borthwick definitely ruled him out of contention.

"Maro is continuing his rehabilitation on a daily basis. He will not be available for Saturday's game," Borthwick said.

"He's going well, just not quite well enough for this weekend. At the moment he's going through his running progressions and that's being developed on a daily basis."

Former England and Chelsea captain John Terry on Tuesday attended training at the squad's Surrey base and was greeted with a receptive audience as he addressed players and coaches.

"To have the opportunity to speak to someone like him with his experience is excellent," Borthwick said.

"It's a different sport, yes, but you can still talk about the traits of successful teams.

"We're trying to keep learning and keep developing to be a successful team. He talked about how the senior playing group led and drove the standards at training."

Joe Cokanasiga has moved a step closer to securing a role at the Principality Stadium after being retained in a 25-man squad that will step up preparations for the Wales appointment.

Cokanasiga made a try-scoring comeback for Bath on Saturday after two months out with a knee injury and his power out wide could secure him a place on the bench.