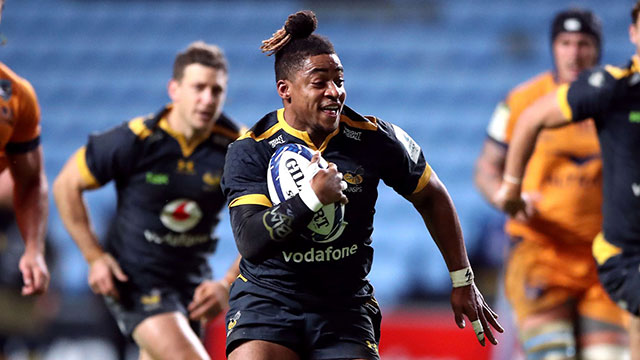 England have named Wasps utility back Paolo Odogwu and Bristol scrum-half Harry Randall in their squad for the Six Nations.

It is the first time either player has been selected and their inclusion comes despite Eddie Jones being restricted to picking only 28 players as part of enhanced coronavirus safety measures.

Kyle Sinckler, who is suspended for the opener against Scotland on February 6 for swearing at a referee, fails to appear in either the senior squad or a shadow group of 12 players.

Odogwu has been in rampaging form for Wasps, topping the stats charts for clean line breaks and most metres made, while Randall has been a dynamo for table-topping Bristol.

Jonathan Joseph made four starts during the autumn but the Bath wing drops into the shadow squad to make room for Odogwu, who also covers centre and wing.

Newcastle flanker Mark Wilson has impressed for the Falcons this season and is given the nod ahead of Jack Willis, the Wasps back row who must settle for a place in the support group.

Mako Vunipola has not played since France were defeated in the Autumn Nations Cup final but the loosehead prop is suffering from an unspecified injury and will be with England for rehabilitation purposes only.

Courtney Lawes is back having missed the autumn because of ankle surgery and England have confirmed that Owen Farrell will continue as captain for the Six Nations.

“This has been a really tough squad to pick and I know there are a lot of disappointed players who haven’t been selected,” head coach Jones said.

“We’re really excited by the players we’ve got. It’s a very vibrant squad and we are looking forward to getting started next week.

“We’re very grateful to Premiership Rugby, the clubs and the RPA for allowing us to have 28 players throughout the tournament. We’re very happy with the number and it’s testament to the growing relationships between all parties.

“Ultimately our goal is to win the Six Nations and to do that we’ll need to work hard, prepare well each day and take it as it comes.”