Vunipola to miss rest of Six Nations with ankle injury 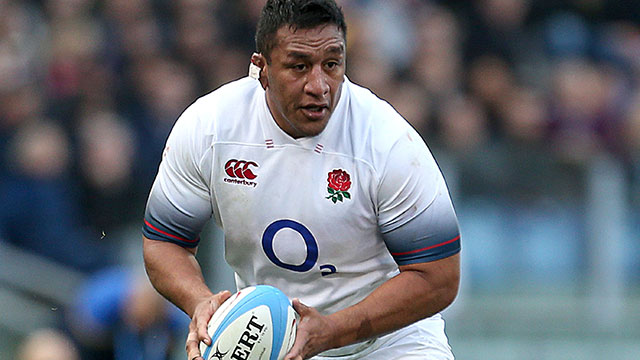 England are reeling after front row colossus Mako Vunipola was ruled out of the remainder of the Six Nations by an ankle injury.

Vunipola hobbled off in the 44th minute of Sunday's 44-8 demolition of France at Twickenham and a scan has revealed that he requires 10 weeks of rehabilitation that will be overseen by Saracens.

It is a hammer blow that clouds the countdown to a likely title decider against Wales in Cardiff on February 23.

Vunipola was named man of the match as Ireland were crushed 32-20 in Dublin on the opening weekend and he was superb against France until injury struck to his left ankle.

Eddie Jones has hailed the 28-year-old loosehead prop as world class due to his ability to make explosive impacts in defence and attack, improved scrummaging, work-rate and growing leadership role.

"It's obviously very disappointing to lose Mako at this stage as he's an important player for us, but it does provide an opportunity for the team to grow," Jones said.

Vunipola also missed the entire autumn series due to a calf strain, giving Exeter's Ben Moon his opportunity to break into the England team.

Moon and Ellis Genge have made one replacement appearance each so far in the Six Nations and are competing to fill the void.

Moon is the more accomplished set-piece option and Jones admires his selfless and no-nonsense style, describing him as a player who "goes down the coal mine every day", while Genge displays greater dynamism around the pitch.

England have not given up hope of Maro Itoje being involved against Wales as the second row totem recovers from a knee ligament tear.

Itoje sustained the injury at the Aviva Stadium and having been ruled out until the final two rounds of the tournament, Jones has floated the possibility of a bench role in Cardiff.

Dylan Hartley will definitely be absent from the Principality Stadium, however, and could also miss the rest of the title quest due to a knee problem.

Hartley's unavailability has not been felt due to the barnstorming form of Jamie George, but former England and British and Lions hooker Lee Mears believes Hartley will reclaim the number two jersey when fit.

"Eddie has been really loyal to Dylan and I can't see Eddie changing that," said Mears, who is taking part in the Exchange Everest Rugby Challenge on behalf of Wooden Spoon.

"Jamie has been brilliant for a while and he hasn't been disappointing in any way, but I think Eddie will stick with Dylan because of his leadership skills.

"If Eddie's worried about leadership, then he will start Dylan with Jamie coming off the bench. You'll need Dylan there at the World Cup."