Five things we learned from round two of the Six Nations 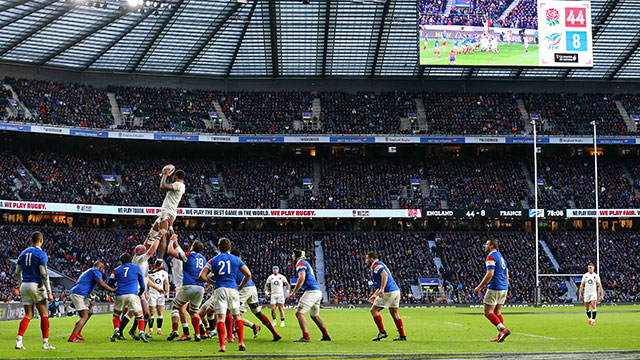 England battered hapless France, Ireland got back to winning ways and Wales rolled out of Rome with two wins from two. Here, we examine five lessons from the Six Nations' second round.

Beat Wales and the Grand Slam will be England's to lose

England's ruthless edge is back, mirroring that of taskmaster boss Eddie Jones. After bullying defending champions Ireland in Dublin for a statement victory to kick-start their campaign, Jones' men then swept past the feeble French with an imperious Twickenham win. Wales boss Warren Gatland was bullish about his side's title chances before a ball had been kicked, insisting a victory in round one against the French would offer a sniff of silverware. Gatland's men pushed past France in Paris, before a second string line-up accounted for Italy in Rome on Saturday. So now the round-three clash between Wales and England in Cardiff could define the entire tournament. Jones' men will probably have to go up a few more gears for the craved victory, while the Welsh love nothing more than derailing the English chariot.

Jonny May is almost the finished article

Speed-demon wing May used to startle and infuriate in equal measure in his younger days at Gloucester. The fleet-footed flyer would think nothing of breaking every rugby rule, running sideways, backwards and often a combination of the two in hunting any kind of space. At first his raw speed caught opponents out, but then teams would swarm him and deny him those chances to strike. Surely and steadily though, the now-Leicester star has rounded out his approach. And England exploited his top-line speed in some style as he bagged a first-half hat-trick against the stunned French at Twickenham on Sunday.

Just how much punishment can Johnny Sexton take?

Ireland's talisman fly-half Johnny Sexton lasted just 24 minutes of Saturday's 22-13 victory in Scotland. The British and Irish Lions playmaker failed a Head Injury Assessment (HIA) after copping a string of borderline hits from the hosts. Scotland were the latest in a decade-and-longer line of foes queuing up to unsettle the accomplished conductor through unremitting physicality. Ireland boss Joe Schmidt insisted Scotland's approach fell within the laws of the game, and big, snarling forwards hunting down fly-halves is certainly stock rugby fare. Ireland and Sexton seem relatively content for the 33-year-old to keep enticing defenders in his direction to create space elsewhere, and the tactic often succeeds. Ireland may at some point though explore ways for Sexton to direct phase-play traffic from slightly wider channels, in a bid to lessen the onslaught.

Scotland still shy of that next step

Greig Laidlaw insisted victory over Ireland on Saturday could have elevated Scotland to a new level under Gregor Townsend. That win never came to pass however, as Ireland ground home, shutting down the Scots' eye-catching attacking elan. Whatever the finesse of Finn Russell and the pacy threats of wide runners like Stuart Hogg and Blair Kinghorn, Scotland must still add further steel to their armoury to offer a genuine challenge to the Test game's true elite.

When Wales made 10 changes to face Italy in 2018, former Azzurri scrum-half Paul Griffen branded the blanket rotation "disrespectful". The Italy camp rejected those assertions, and the idea frustrated Wales boss Warren Gatland - who was quite right to take an opportunity to hand fringe players chances to shine. Wales won 38-14 in Cardiff, leaving precious few dissenting voices around their starting line-up. Fast forward 12 months, with Wales again making 10 changes, and once more Gatland's men prevailed. The 26-15 victory in Rome hardly set many style pointers, but Wales have won two from two. And as with last year Gatland has seen the bulk of his squad in Test match action. Italy can ill afford to complain if opponents field rotated line-ups against them. To do that Conor O'Shea's side must start scalping the tournaments big boys again. Right now Italy are lagging behind the group.