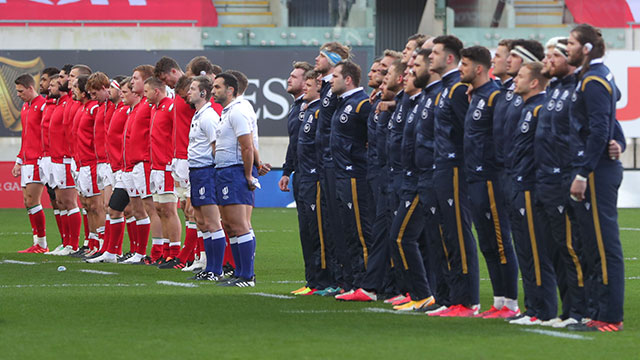 Scotland and Wales meet at Murrayfield on Saturday after both opened their Six Nations campaigns with victories. Here, we look at some of the key talking points heading into the game.

Can Scotland back up Twickenham triumph?

Confidence and momentum are two priceless commodities in top-level sport, and Scotland should have both in abundance after ending 38 years of hurt at Twickenham by beating England and reclaiming the Calcutta Cup. It was a performance way more dominant than the 11-6 scoreline suggested. The challenge for Gregor Townsend’s side now is to show that success was not a one-off. If Scotland get things right again and Wales are sent packing, then they truly can be considered Six Nations title challengers.

Wales’ Test match history is littered with victories against the odds, and perhaps none more so than a game against Scotland that took place 11 years ago on Saturday. Wales trailed 24-14 in Cardiff with just five minutes left, but they conjured a magical revival to win after Shane Williams’ try during the closing seconds. Wales now head to Murrayfield without nine members of their squad through injuries or suspension, including three front-line centres and three blindside flankers. It is a classic backs-against-the-wall scenario that Wales will relish.

Amid Wales’ injury issues, Liam Williams almost slipped unnoticed through the back door as he prepares to make only a sixth Wales appearance since the World Cup quarter-final defeat against France in October 2019. The British and Irish Lions back, a star performer on the 2017 New Zealand tour, has missed nine of Wales’ 14 Tests since that French game, being sidelined initially by a long-term ankle problem and more recently through a three-match ban. Wales head coach Wayne Pivac has wasted no time in recalling the 29-year-old game-breaker, who will enhance his team’s victory hopes.

Two of the form openside flankers in world rugby meet on Saturday when Scotland’s Hamish Watson and Wales’ Justin Tipuric face off. In the year of a Lions tour, Watson made a strong selection claim during Scotland’s Twickenham triumph. Tipuric, a key part of Wales’ armoury for the best part of 10 years, continues delivering one world-class display after another, and whichever teams wins this weekend, it is virtually guaranteed that Watson or Tipuric will be at the forefront.

Freezing, empty Murrayfield a reminder of the times

Scotland and Wales have served up some memorable matches over the years, and if they can deliver one on Saturday then it would certainly lift spirits. Every two years, Edinburgh is awash with a sea of red – Welsh fans travelling north in their thousands, packing the bars and pubs of Rose Street and making the three-mile walk on match-day from downtown Princes Street to Murrayfield. The coronavirus pandemic and subsequent restrictions mean there will be no supporters this time. A forecast temperature of minus one Celsius will accompany it, so a red-hot encounter would be most welcome.