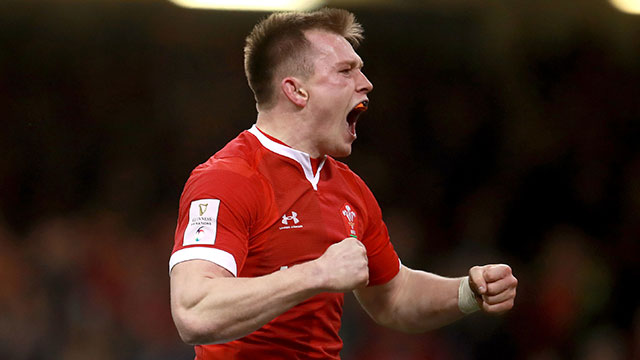 Tompkins, who delivered a try-scoring debut off the bench when Wales beat Italy 42-0 five days ago, partners Hadleigh Parkes in midfield.

George North, a centre starter against the Azzurri, moves back to his familar wing position, replacing Johnny McNicholl.

Wales head coach Wayne Pivac has made no other changes to the starting line-up.

Switches among the replacements, though, see McNicholl being joined by prop Rhys Carre, who is available again after serving a suspension following his sending off in Saracens' Champions Cup victory over the Ospreys last month.

Scrum-half Gareth Davies and Gloucester back Owen Williams are also on the bench, together with Ospreys lock Adam Beard, who replaces an injured Cory Hill.

Wales head to Dublin on the back of a Welsh record-equalling eight-successive Six Nations victories since losing to Ireland two years ago.

But they have not won a Six Nations game at the Aviva Stadium since 2012, which underlines the challenge facing Pivac's team.

Pivac said: "Nick comes into the side, I thought he played exceptionally well when he came on last week, so he deserves the start.

"On the bench, we have a few players back available.

"Rhys Carre impressed at the World Cup, and he comes back in. Adam Beard comes in for Cory Hill, who picked up a leg injury earlier this week, Gareth (Davies) is fully fit and Owen Williams comes onto the bench and gives us a bit more cover.

"Momentum is important in the championship. It was nice to get a good winning start under our belts, and hopefully we can build on that through the tournament."