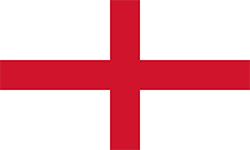 England won matches against France, Wales, Italy and Scotland, before falling to defeat against Ireland in Dublin.