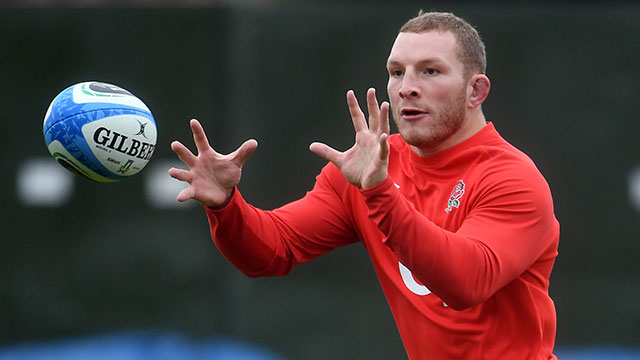 England have suffered another setback ahead of their Six Nations title defence after Sam Underhill was withdrawn from Eddie Jones’ squad because of a hip injury.

Underhill would have started the opening fixture against Scotland at Twickenham on February 6 but he will now miss several rounds of the tournament. Jack Willis has been named as his replacement.

News of his injury comes the day after prop Joe Marler pulled out of the 28-man squad to be with his family during the coronavirus pandemic and Joe Launchbury learned he would sit out the first three rounds with a broken leg.

“It’s disappointing for him but the outlook is pretty positive. We’re talking weeks more than anything else,” said Bath director of rugby Stuart Hooper, who confirmed he will be back before the end of the Six Nations.

“He picked it up against Wasps earlier this month and it probably has been bit of a niggle for him. He was assessed this morning (Tuesday) by the England medics and the decision was made.

“He’s been in great form and has delivered some top performances. We know the destructive nature of Sam’s game and the ability he’s got on both sides of the ball now, with carrying and defence.

“Like everybody else he’s been disjointed and hasn’t had the opportunity to go week to week, which gets him in a really good groove. This injury is a setback but he’ll come back to us and get the very best treatment.”

Willis has been promoted from England’s 12-strong ‘shadow squad’ and will compete with Ben Earl and Mark Wilson for the vacancy created by Underhill’s absence.

Lewis Ludlam fills Willis’ slot in the second group of players, who are subject to the same Covid-19 testing procedures as the 28 in the event that injuries mean new personnel must be brought in.

Alec Hepburn and David Ribbans add depth at loosehead prop and lock to the shadow squad in the wake of the withdrawal of Marler and Launchbury.

Underhill’s unavailability is a headache for Jones, who is now forced to break up his preferred back row featuring the big-hitting Bath openside, Tom Curry and Billy Vunipola.

Earl is seen as an ideal option for the bench given that he can cover six, seven and eight, but Wilson is also versatile and has been resurgent for Newcastle this season.

Willis, English rugby’s turnover king, made his debut last autumn but Jones opted against selecting him in the senior squad, which is to be retained throughout the Six Nations.

Meanwhile, Jones insists England will play whatever style of rugby it takes to be successful even if that means kicking their way to another Six Nations title.

Owen Farrell’s team swept all before them last year, winning the Championship and Autumn Nations Cup after slipping to only one defeat in nine Tests, a run that cements second place in the global rankings.

Thrills were in short supply, however, as matches were dominated by defence, kicking and set-piece in a trend evident across most international teams.

Jones insists the tactics used are influenced by only one aim – what it takes to win in the circumstances.

“Maybe we haven’t played as well as we could have – and we want to play better,” Jones told the BBC’s Rugby Union Weekly podcast.

“Our goal in the Six Nations is to play better rugby. It doesn’t matter how many times you kick the ball, it’s the quality of rugby you play.

“We want to play good, effective rugby. And effective rugby is getting the ball to the other end of the field and scoring points. That is the currency we play by.