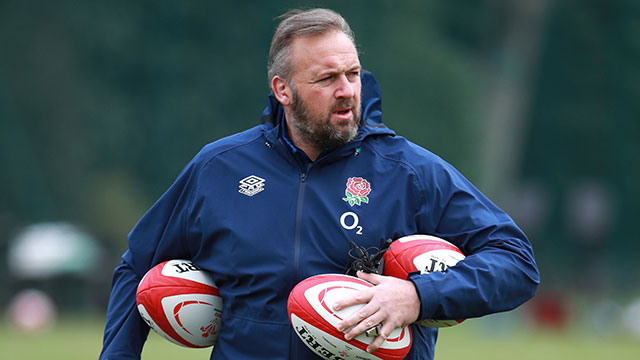 England assistant coach Matt Proudfoot has revealed his surprise at contracting coronavirus last month but confirmed he is feeling better every day and eager to help Eddie Jones’ side right the wrongs of Saturday’s shock 11-6 defeat to Scotland.

The 49-year-old recorded a positive test in January ahead of joining up with the camp for Six Nations preparations and, while he only missed one training session before last weekend’s opener, it was far from an ideal way to gear up for the tournament.

With a second successive match at Twickenham on Saturday against Italy, the forwards coach is well aware of the areas in which England must improve.

“I only missed one day’s training and I don’t think that was an excuse,” he said. “There is a balance between Scotland being really good and and us being a couple of per cent off what we normally do.

“The plan for this Six Nations is to take the pack forward and to build on what we have done in the past and be better at what we do.

“We let ourselves down there a little bit and, as I say, the focus will be to get this team on the front foot. The Italians traditionally have been tough up front and a good side that scrums well and mauls well.

“A lot like Scotland, they try to get in between you and try to distract you, so that has been our focus – how we deliver the dominant performances we did in the autumn.”

The former Scotland international was shocked to discover he had coronavirus but detailed the impact it had on him and his wife Vanes-Mari, who has represented South Africa in netball.

“The first couple of days you don’t feel bad and then for four or five days it gets hold of you. I really feel for people who have gone through it and suffered with it worse than I did.

“I was fortunate I had an unbelievable medical team who were advising me and giving me good advice and I got through it very quickly.”

England’s team doctor Richard Tingay helped the Proudfoots through their fight with Covid-19, but the ex-South Africa assistant is still suffering from one symptom.

He added: “I am feeling a lot better. Obviously Doc took great care of me and made sure everything was OK.

“You don’t realise how tough it is until you go through it but feeling strong and really good. I am getting better every day and not many after-effects, just I don’t taste food yet. I don’t suppose that is a bad thing for me!”

Jones has no injury concerns ahead of Saturday’s meeting with Italy and was boosted this week by Mako Vunipola and Kyle Sinckler both being available.

After a below-par performance in all areas against Scotland, England are determined to use it as a learning experience.

Proudfoot said: “You must give credit to what Scotland did. They came with some good plans and tried to neutralise our strengths.

“It was an opportunity for us to learn to adapt and, when teams have a similar strategy, what can we do better?

Luke Cowan-Dickie, a replacement against Scotland, echoed the views of England’s assistant coach.

He said: “The set-piece will be key this weekend and we got a lot of work on it (on Wednesday) and did quite a nice bit of work (on Tuesday).

“Just really excited. They will be strong up front so it will be another big test for us and in general we are just looking to for an England performance and one we can be happy with.”